We Tried It: How to Clean a Brick Fireplace Naturally

Brick fireplaces are beautiful, warm, and inviting — but they’re also prone to unsightly (and potentially dangerous) black streaks, creosote buildup, and soot stains. Here’s how to give your brick fireplace a makeover.

Maybe the idea of cleaning your brick fireplace conjures mental images of soot-covered street urchins running through Victorian London with chimney sweeps in hand — or Cinderella elbow-deep in ashes during her pre-prince life of forced labor and drudgery.


Unfortunately, cleaning a brick fireplace isn’t nearly as romantic as all that. In fact, it’s pretty straightforward — and it’s a really good idea to do it as often as it needs it to help prevent chimney fires and remove unsightly black marks from your bricks.


Read on as I walk you through the best non-toxic ways to remove soot and creosote from a brick fireplace.

How often should you clean a brick fireplace?

Your best bet for safety’s sake is to clean the firebox after each use — as an added bonus, it’ll help your fires burn better. Once the burning embers have turned to cold ashes, scoop them into a bucket with your fireplace shovel, and toss them in the compost bin or your garden beds. Every so often, vacuum the firebox floor and sides.


As soon as you notice black marks on the bricks around the outside of the firebox, it’s time to get scrubbing. Ditto if you smell wood burning when your fireplace isn’t lit.


This fireplace is in my office. We’ve never lit a fire in it in the 12 years we’ve lived here, but the sooty vestiges of the previous owner’s fires remain on the bricks, both inside and outside the firebox. It may not keep me warm, but it’s a great place to display this adorbs toy piano I impulse-bought for $5 at a garage sale — if only the bricks weren’t so grungy! 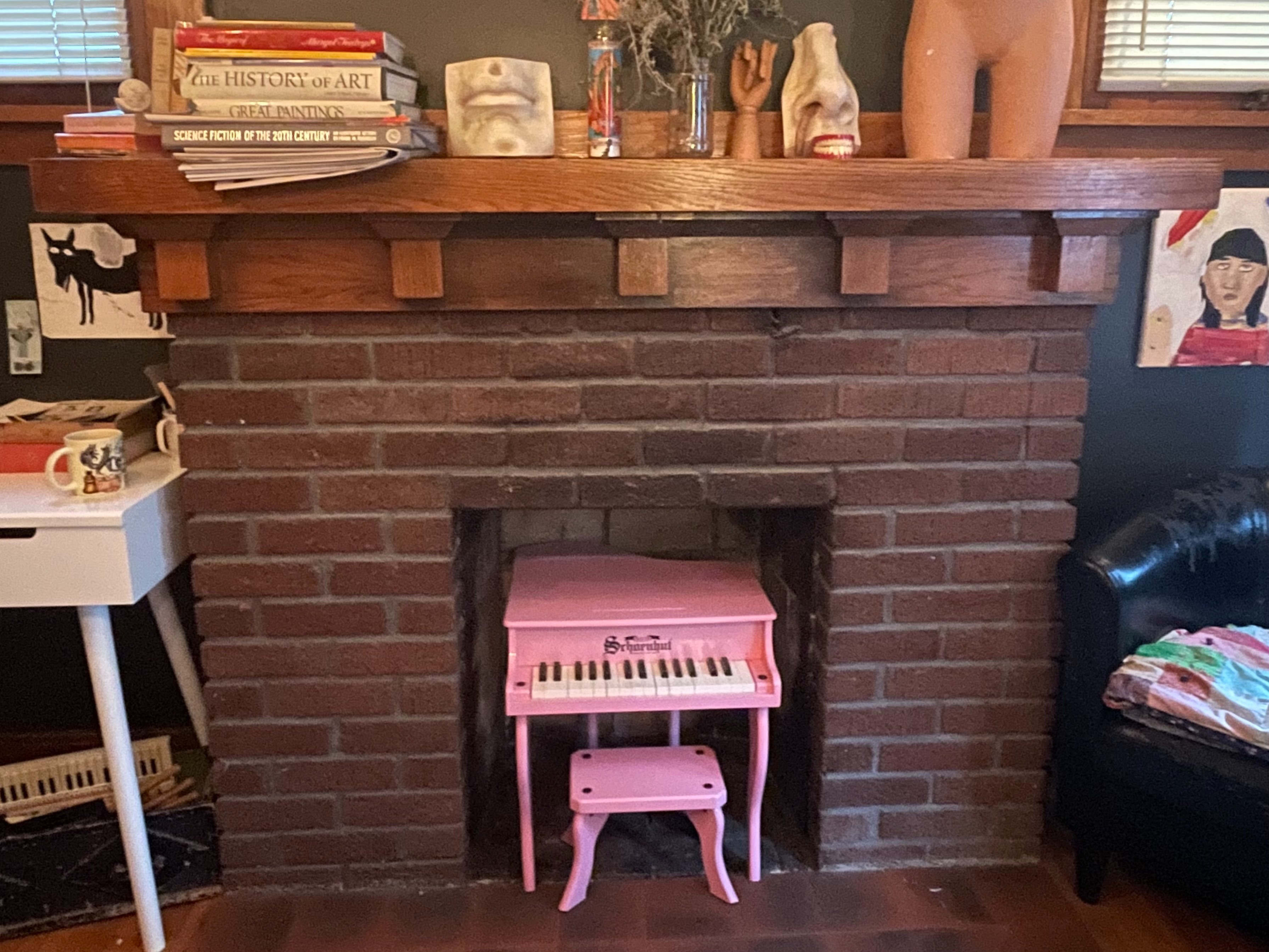 Test your smoke and carbon monoxide detectors twice a year

Every fall and every spring, give your detectors a fresh set of batteries, and test them according to the manufacturer’s instructions. If you use more than one fireplace in your home, consider having your alarms hardwired, or connected to your home’s electrical system.

Soot vs. creosote — and why you should remove both

The blackish stuff on the three bricks directly above the firebox is soot, which is composed of unburned carbon particles and sometimes ash. It has a soft texture like dust, and it tends to settle on the hearth and bricks closest to the firebox.


The black, tarlike substance inside the firebox is creosote, which is the product of partially burned carbon particles. When volatile gases in wood are released during burning, they move upward and combine, condense, and collect on the firebox and chimney walls. Creosote can look like you see it here — hard and smooth — or it may appear as flaky, curly or bubbly deposits. It could also be gummy, if it’s recent enough.


Both soot and creosote are common causes of chimney fires, which is why it’s important to remove deposits as soon as you notice them building up. 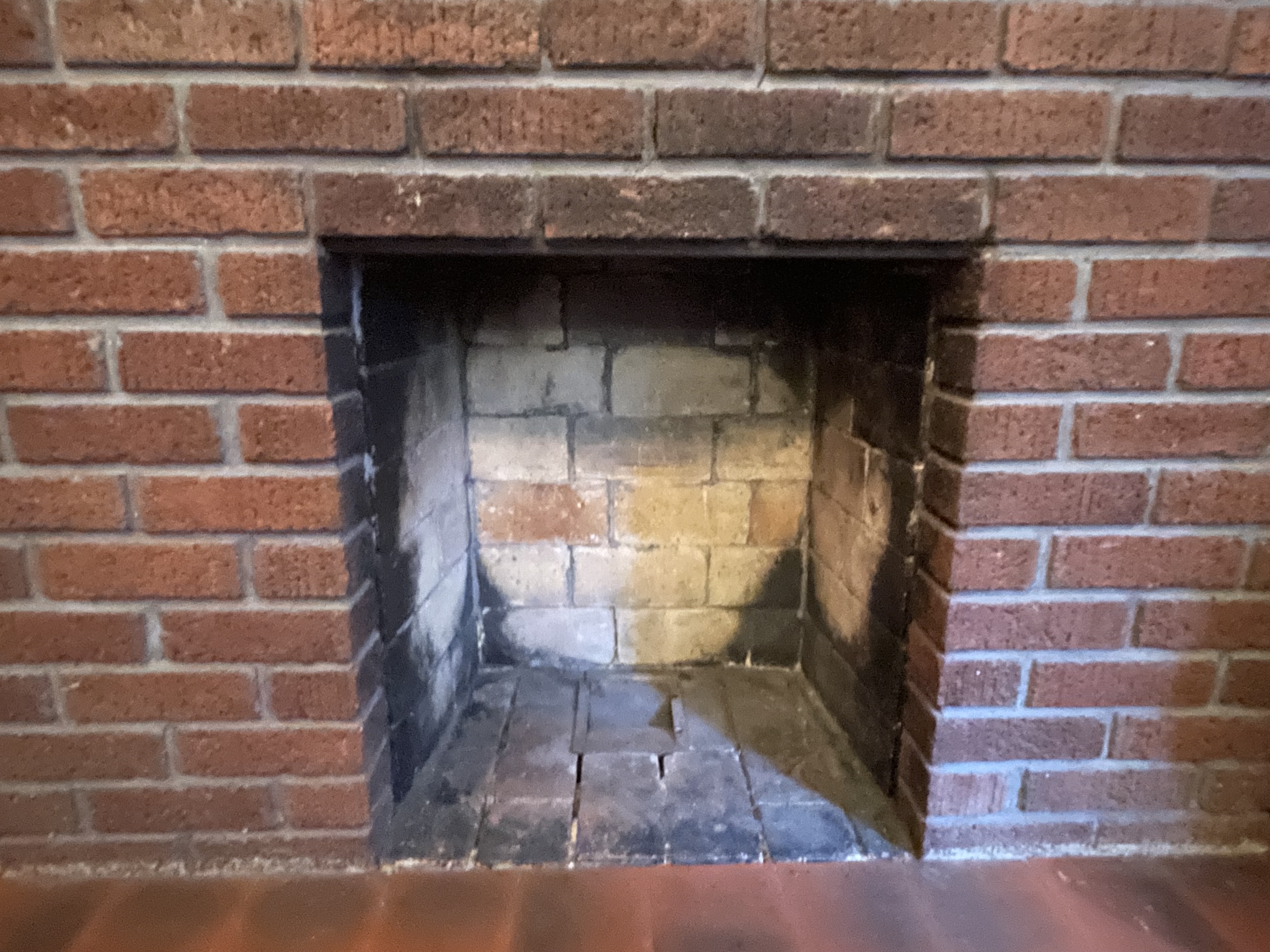 Clean the whole house with our ultimate cleaning checklist.

We tried it: What’s the best way to clean fireplace bricks?

The Brick Industry Association (BIA) warns against using harsh chemicals or abrasive metal brushes on bricks of any kind. The wrong chemical cleaning solutions — or the right ones used improperly — can discolor bricks, especially those in lighter shades. Highly acidic cleaners can etch the brick with “acid burns.”


The good news is that, according to the BIA and around 99.9 percent of all lifestyle blogs on the internet, you probably have everything you need to clean your fireplace bricks sitting in your cupboard right now.


I tried the three most-recommended homemade cleaning solutions, and here are the results.

What you’ll need to clean a brick fireplace

Baking soda: Mix water with baking soda to create a paste slightly runnier than toothpaste, and mix in a couple bloops of dish soap. 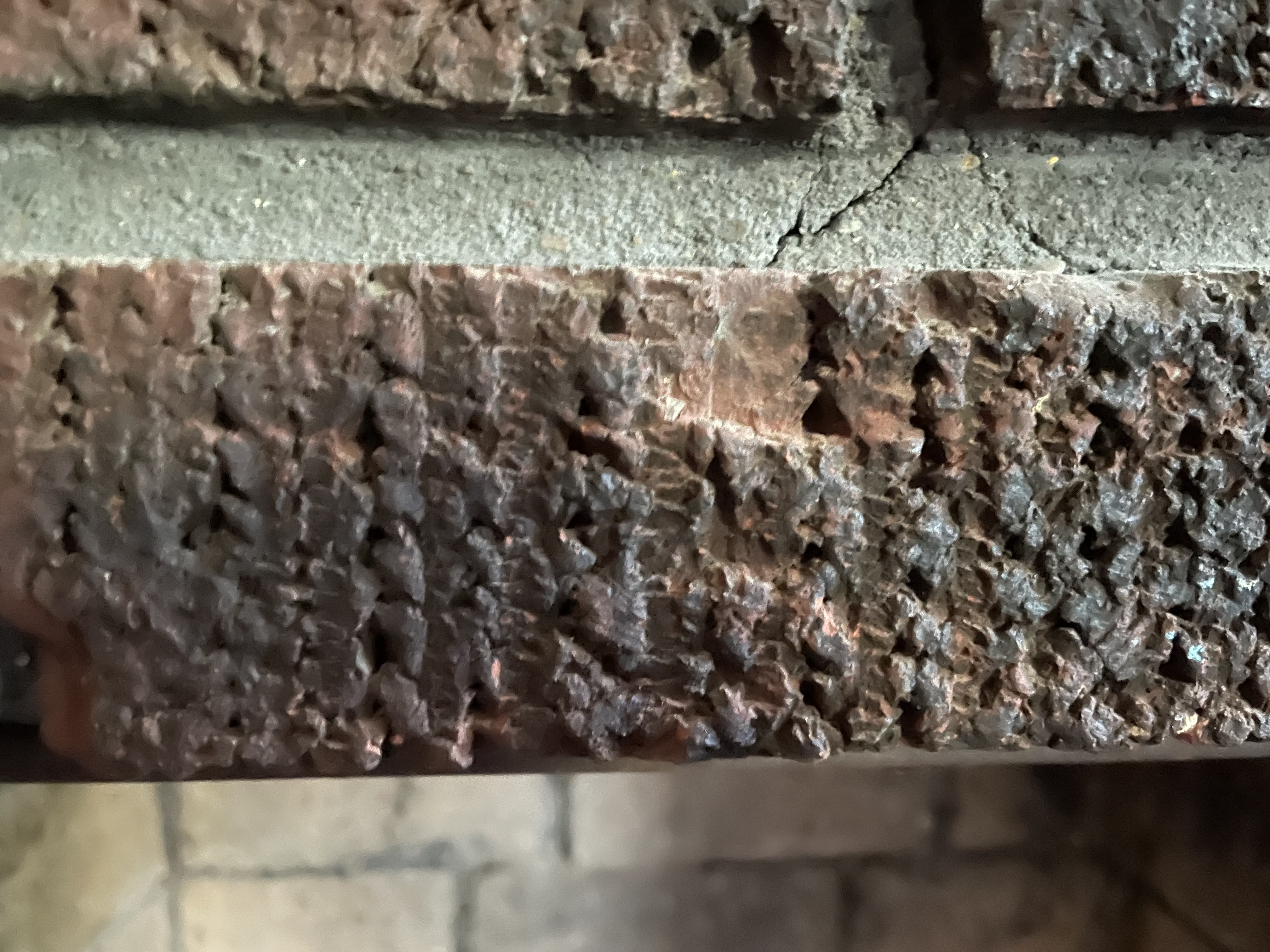 How to clean fireplace bricks in 5 easy step

Don’t use abrasive or flammable chemicals

Step 1: Vacuum your bricks to remove dust and debris, especially if the bricks aren’t smooth.


Step 2: Use your water-filled spray bottle to saturate the bricks. The porous brick will absorb the water so that your cleaning solution won’t sink in too deep and cause damage over time.


Step 3: Dip the toothbrush or scrub brush in the solution.


Move on to the next section, and repeat. 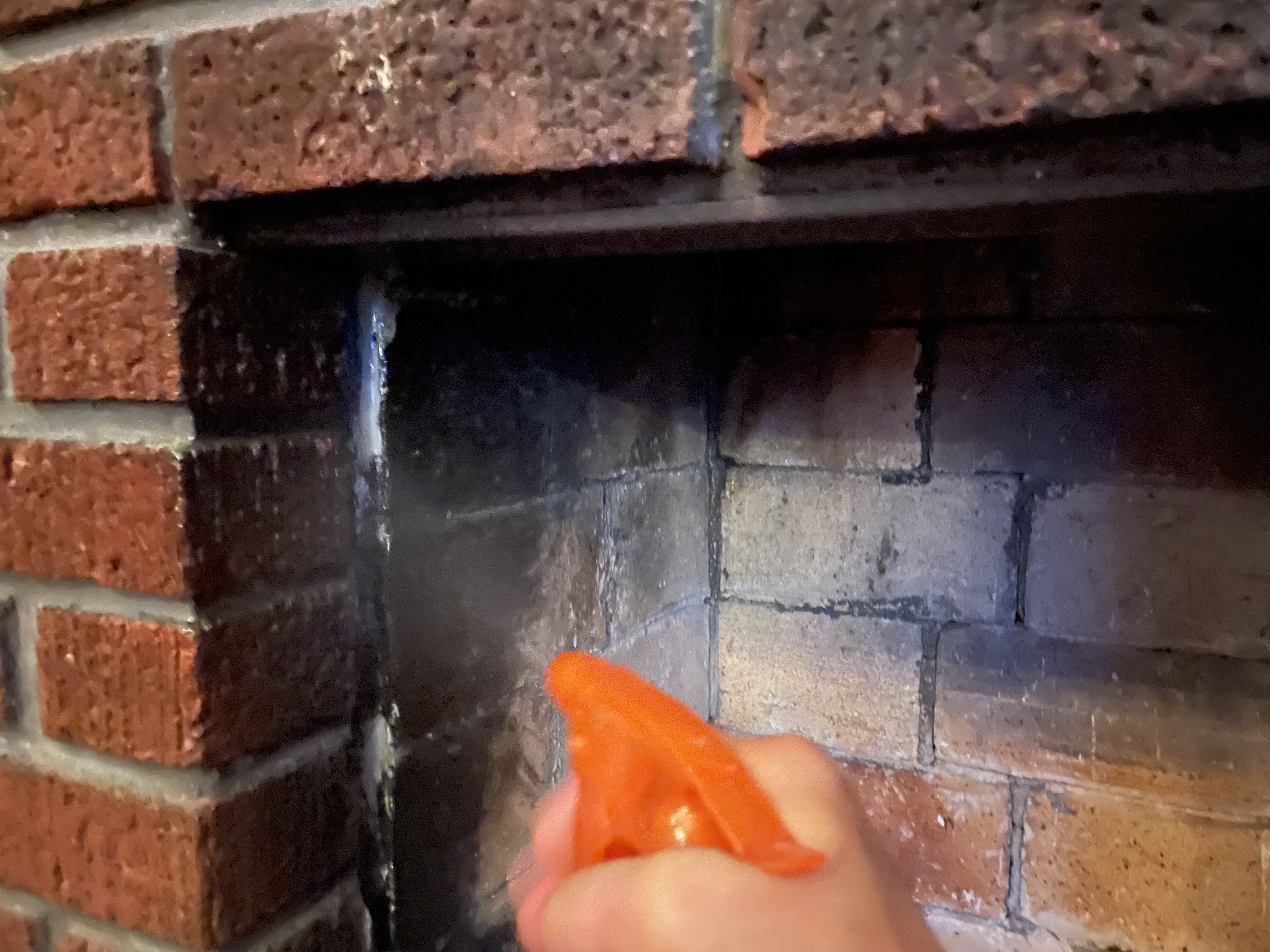 If brick isn’t your style, we’ve got a cleaning guide for stone fireplaces, too!

All three, working as a team, as it turns out.


I started with the three bricks directly above the firebox and used one of the three recommended cleaning concoctions on each brick:


Dish soap, right: Mild dish soap is gentle enough to use on any type of fireplace bricks — even old ones like these. It didn’t do a super great job, but the brick still looks way better than it did!


Vinegar, center: Although vinegar is acidic, it’s generally safe to use on bricks — but it could damage older ones and those with certain minerals, so test an inconspicuous spot first. The vinegar mixture did a slightly better job than the dish soap and water alone did.


Baking soda, left: I’ve touted the cleaning power of baking soda before, but it’s slightly abrasive, so do a spot test first. It also, as I learned, gets stuck in the dimples and divots of rough bricks and turns white when it dries — so rinse well.


Of the three cleaners, the baking soda with a splosh of dish soap did the best job. But then I thought, if the baking soda was the best, and vinegar was second-best, maybe mixing them would be even better. 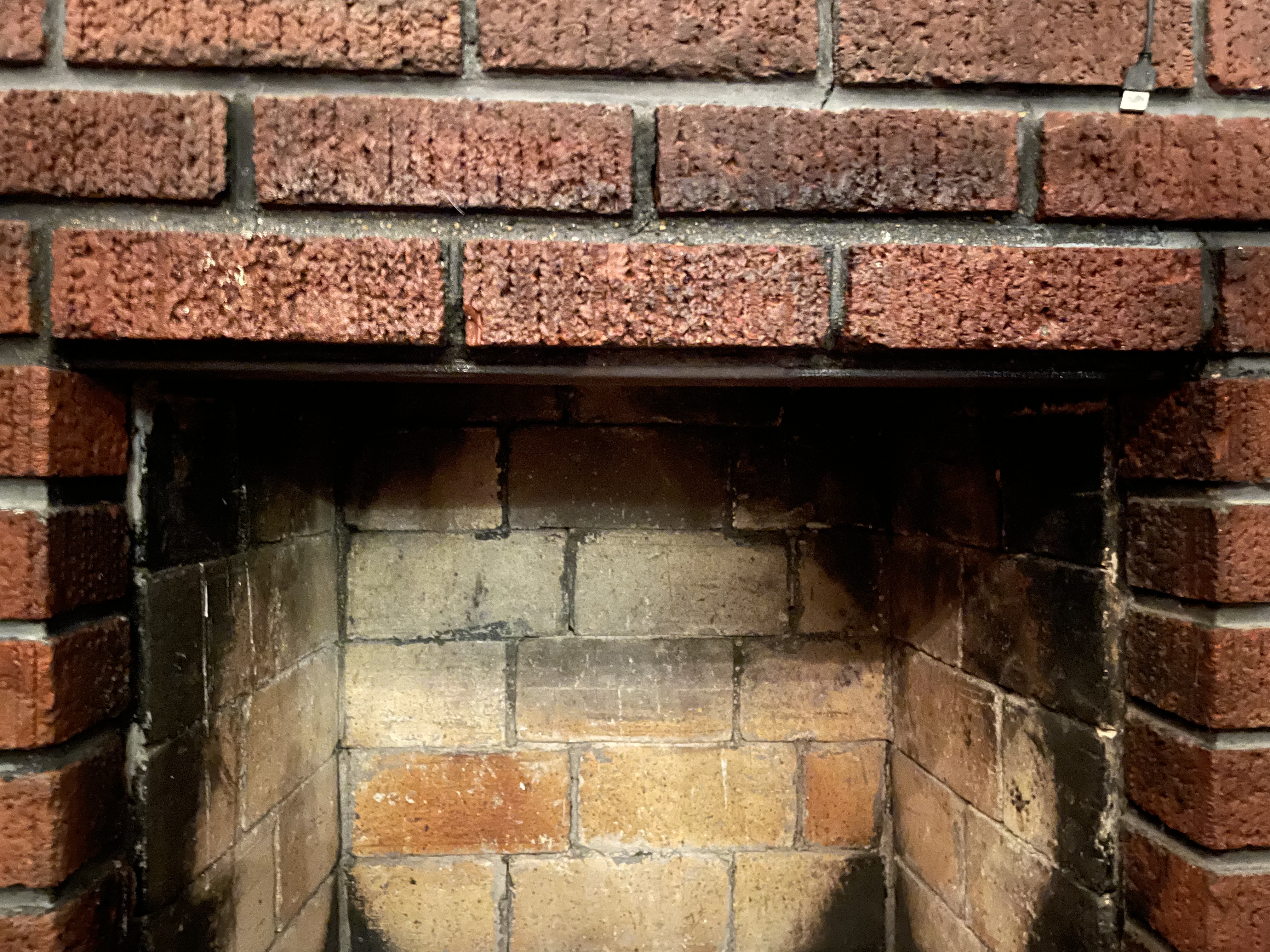 The verdict: Baking soda, dish soap, and vinegar for the win

I slathered the baking soda, water, and dish soap paste on the original row of bricks and the row above it and let it sit for a while. Then, I spritzed it with a mixture of 1:1 water and vinegar, and let it sit a while longer. I could almost feel the fizzling chemical reaction loosening and lifting decades-old soot.


To rinse the bricks, I filled the spray bottle with clean water and set the nozzle to stream. The water cleared the baking soda out of the little caverns quite well. I left it to dry overnight, and as you can see, it did a bang-up job. 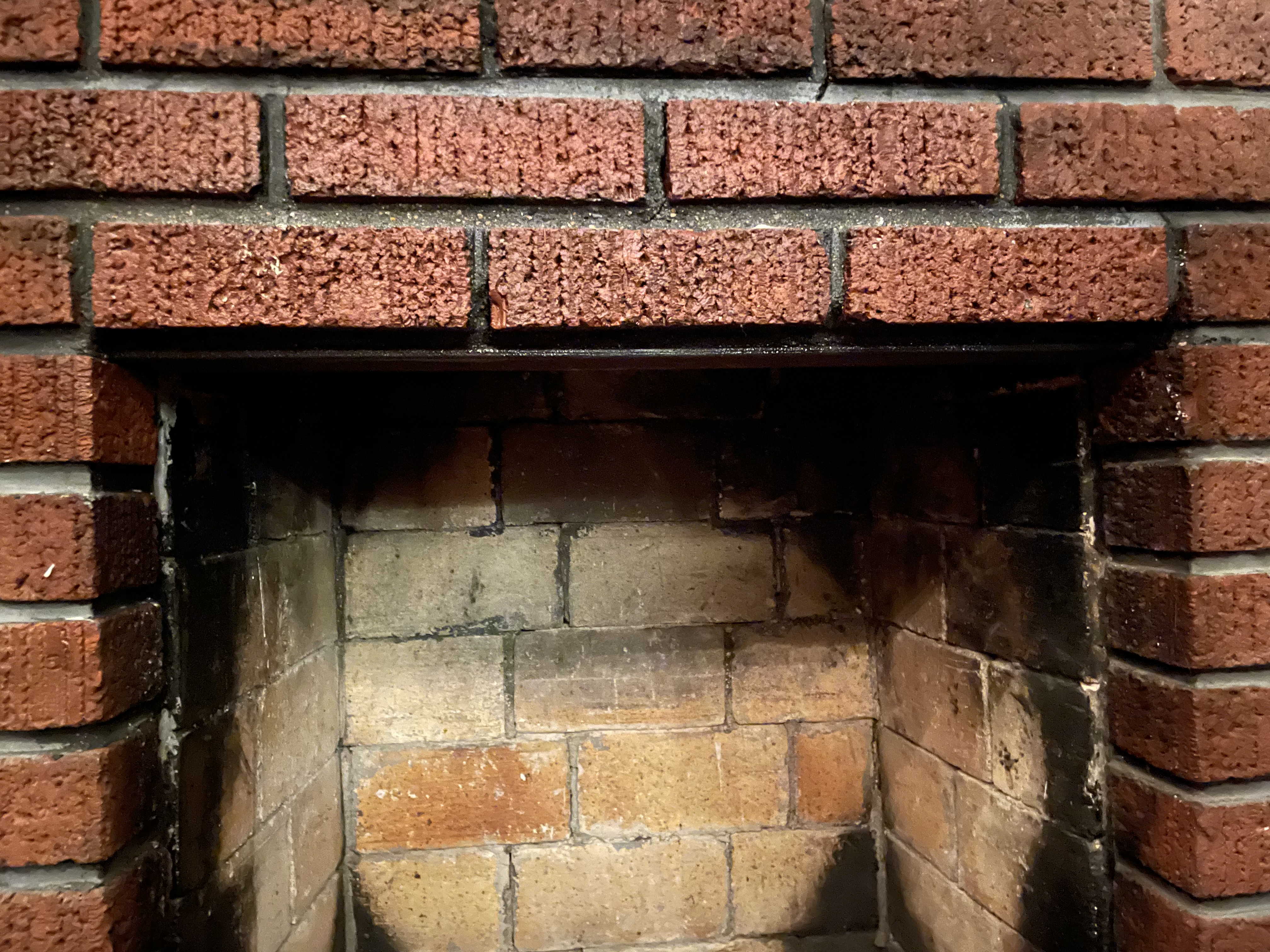 What about the creosote in the firebox?

Ah, yes. Well, I really love the spooky stone interior of this firebox, and I didn’t want to ruin the vibe. So I picked this spot — the far upper left-hand wall — and applied the baking soda paste to an area about the size of a bar of soap. I let it sit, spritzed it with vinegar, let it sit some more, scrubbed it, and rinsed it. 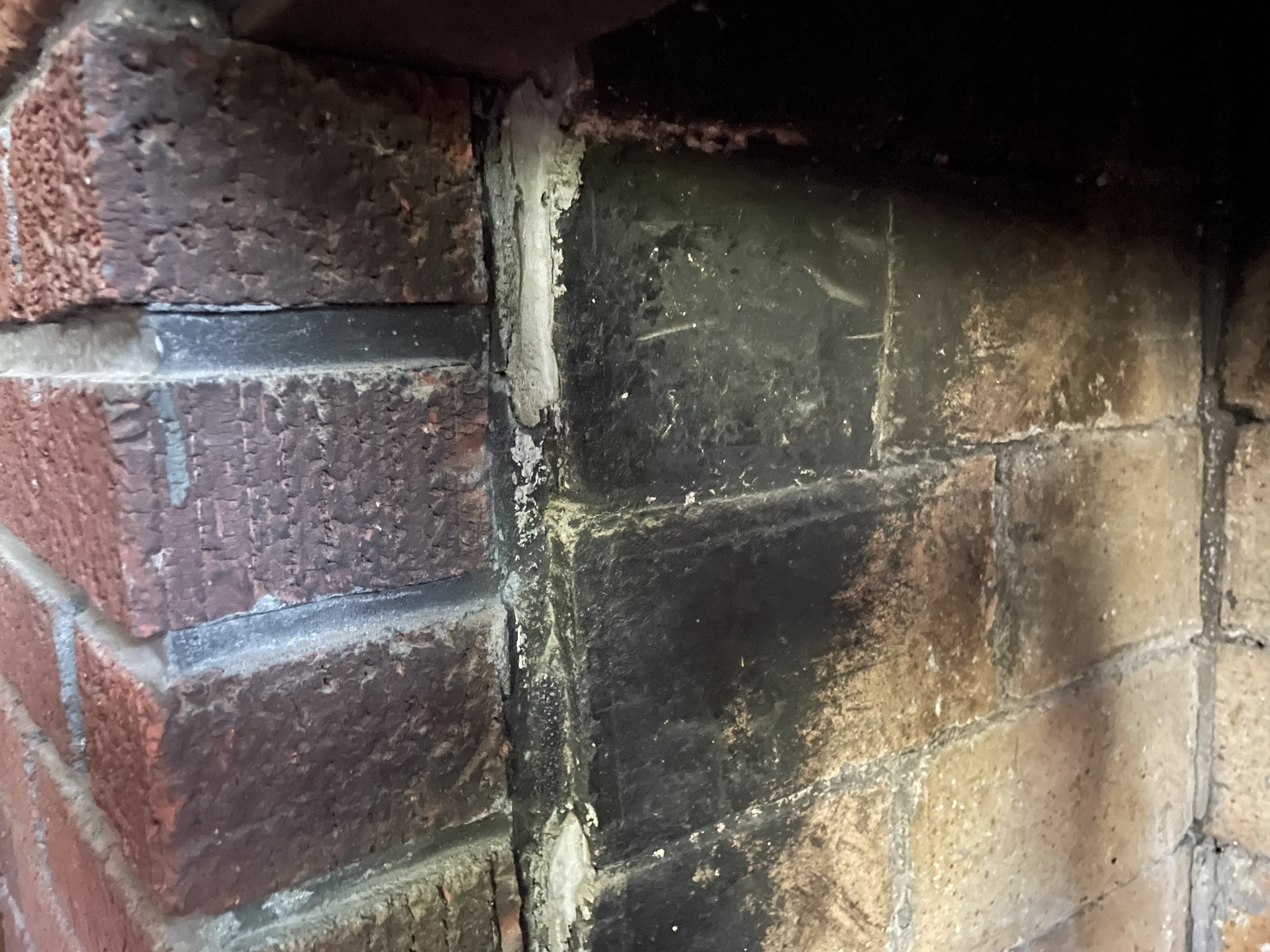 I admit I was dubious — this stuff is stuck on pretty good. But lo and behold, even though I didn’t scrub with much aggression, the baking soda and vinegar treatment showed a lot of promise for stripping a firebox of old or new creosote. 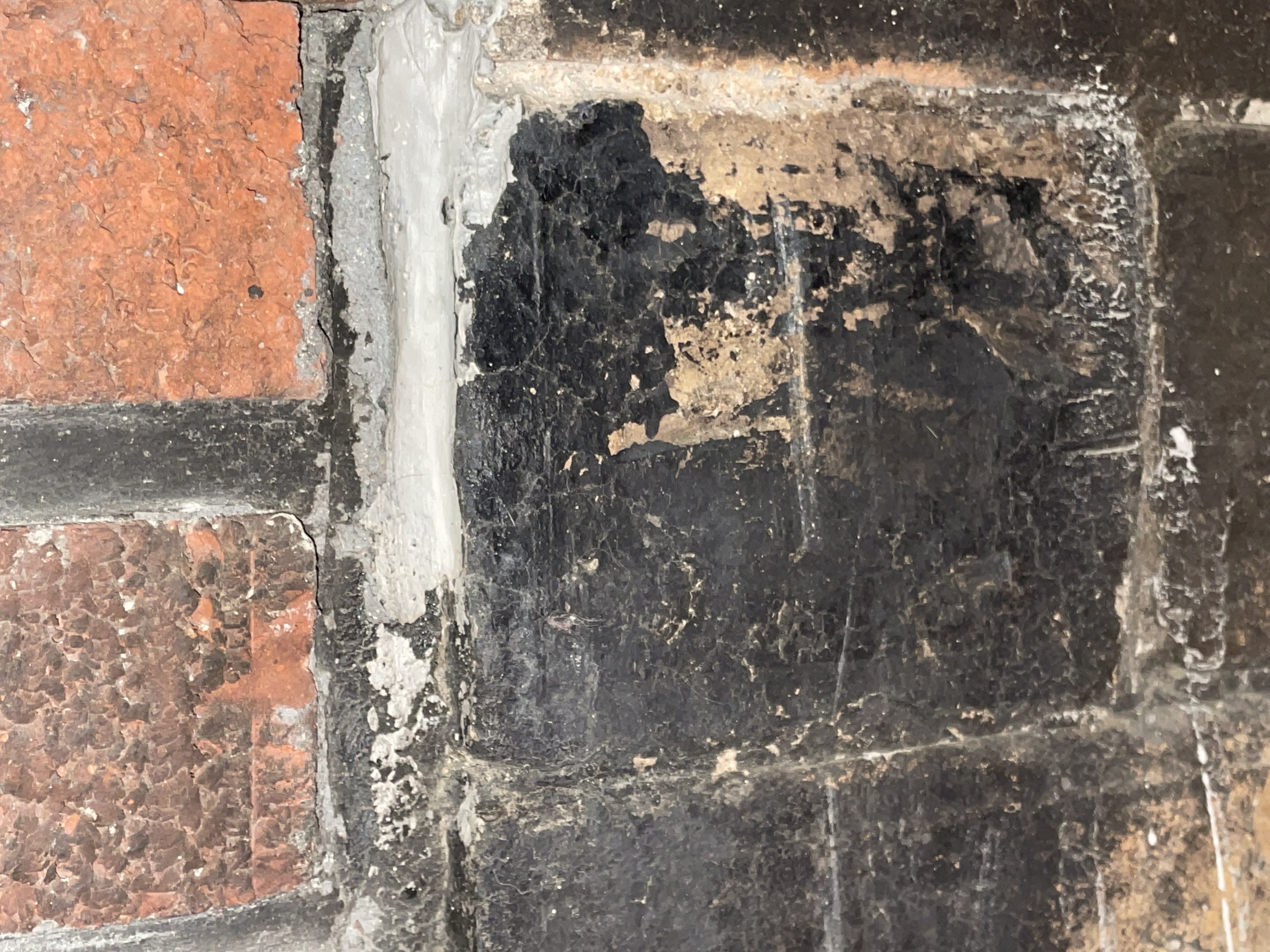 In the end, I got five clean bricks out of the deal, so that’s good. Tbh, I sort of like the old-world look of ancient soot on fireplace bricks, too. Or maybe I just like it better than scrubbing bricks with a toothbrush.


Either way, I cleaned them so you can take heart — with a few kitchen ingredients and a killer arm workout, you can get rid of soot and creosote buildup without using any harsh conventional cleaning products, even if it’s been there for a while. And that’s something to get fired up about. 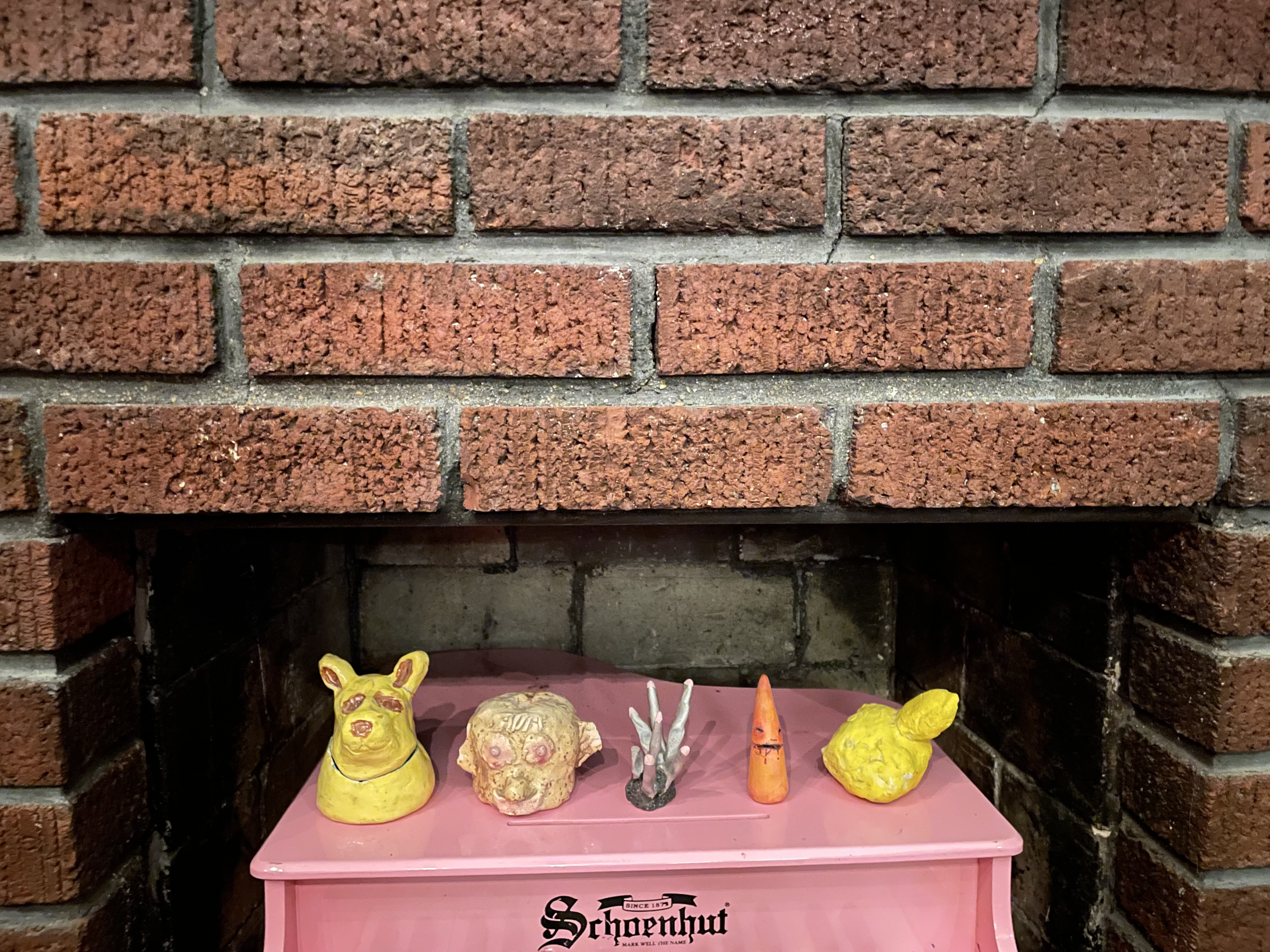 Looking for more cleaning how-tos and other sustainable swaps you can make at home? Grove has you covered. From topics such as our handwashing and hand sanitizer breakdown to evergreen primers like our simple ways to reduce your plastic use at home, our handy guides are here to answer your most pressing questions. And let us know how if you have any cleaning questions (or share your own tips using #grovehome) by following Grove Collaborative on Instagram, Facebook, Twitter, and Pinterest.

If you're ready to take on germs, shop Grove Collaborative's cleaning essentials for the cleaning tools to tackle the job.

Ready to tackle the dirtiest spots in your home? Grove Collaborative has you covered with Clean Team. Each week, we’ll do a deep dive into how to clean a different place or item in your home. No spot is too small — and we’ll tell you how to conquer them all, naturally. 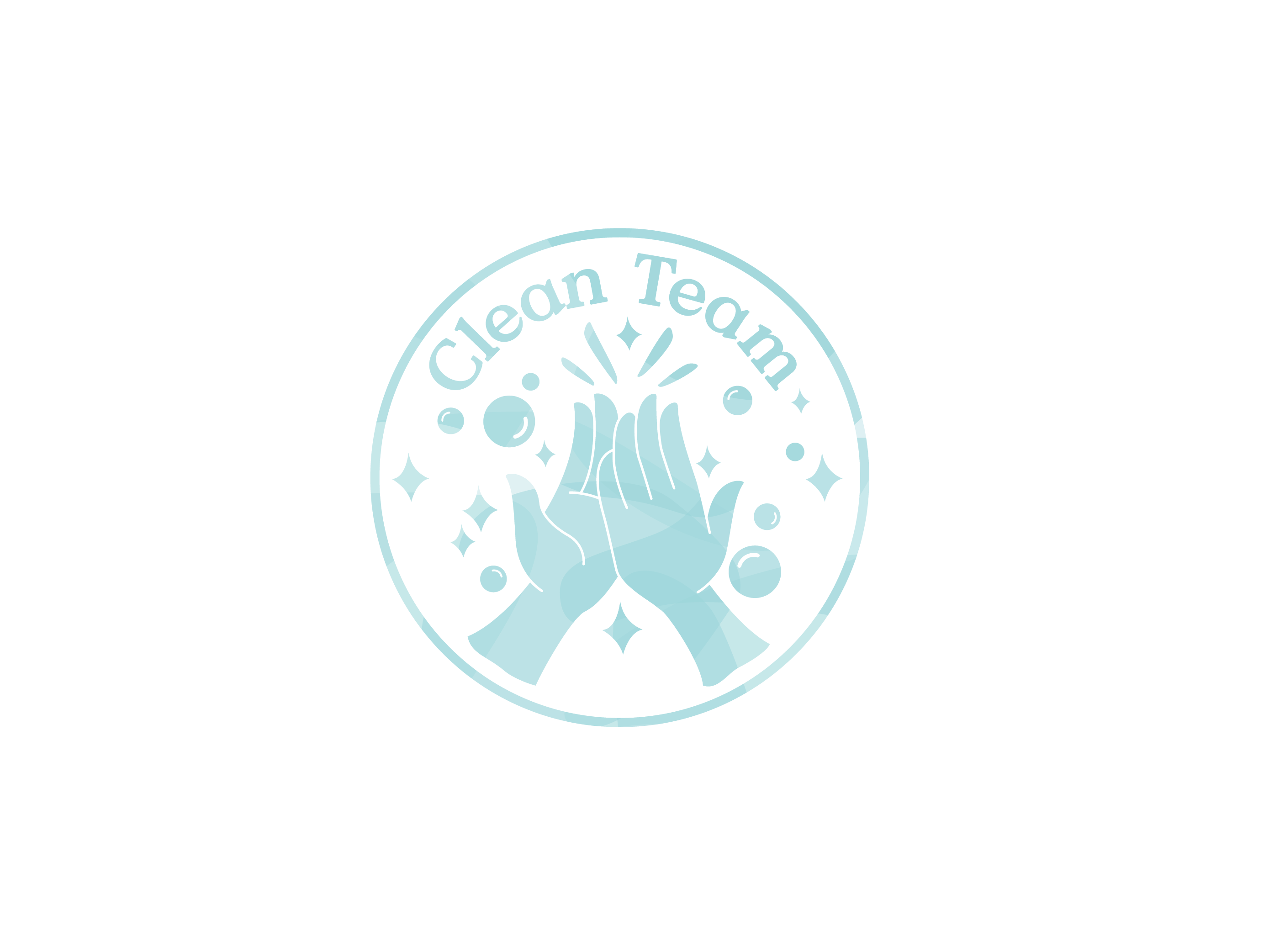 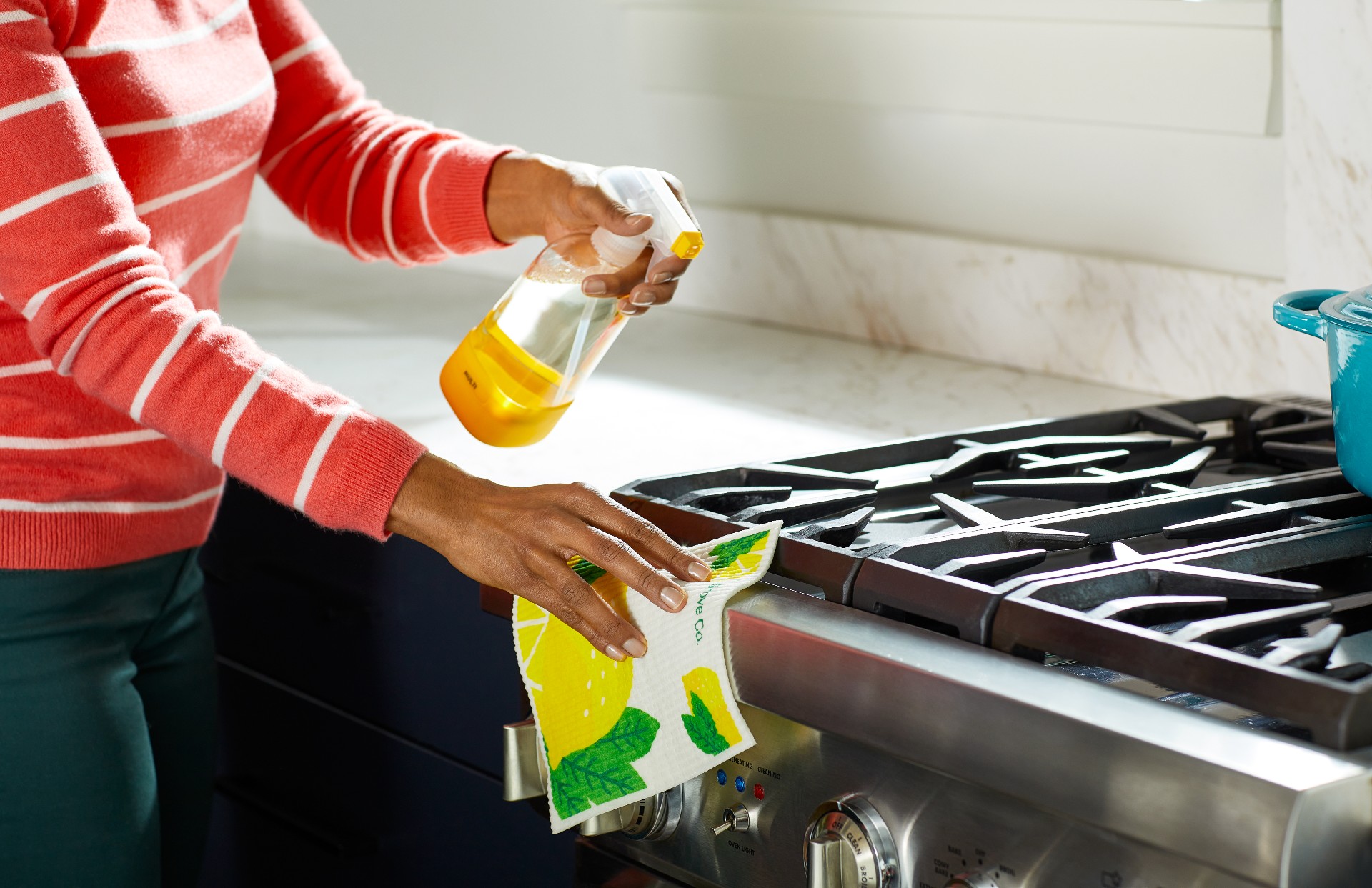 Stainless steel is durable and sleek, but it’s also prone to unsightly smudges. Read on for answers to all of your stainless steel cleaning questions. 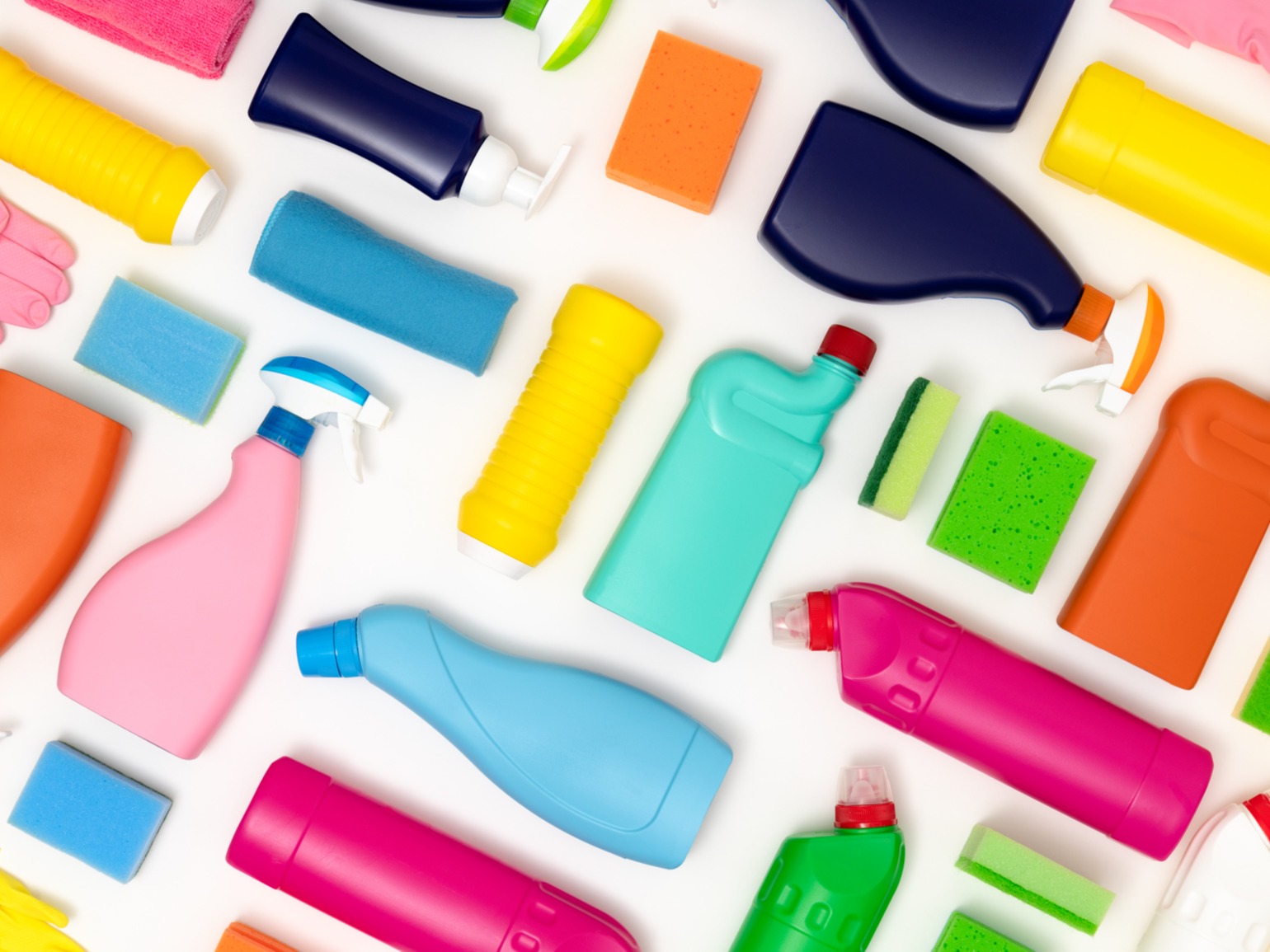 Don’t Do It!: Mixing Bleach and Vinegar for Cleaning

When cleaning your house, can you mix bleach and vinegar to increase your effectiveness? Learn about the dangers of mixing these two ingredients. 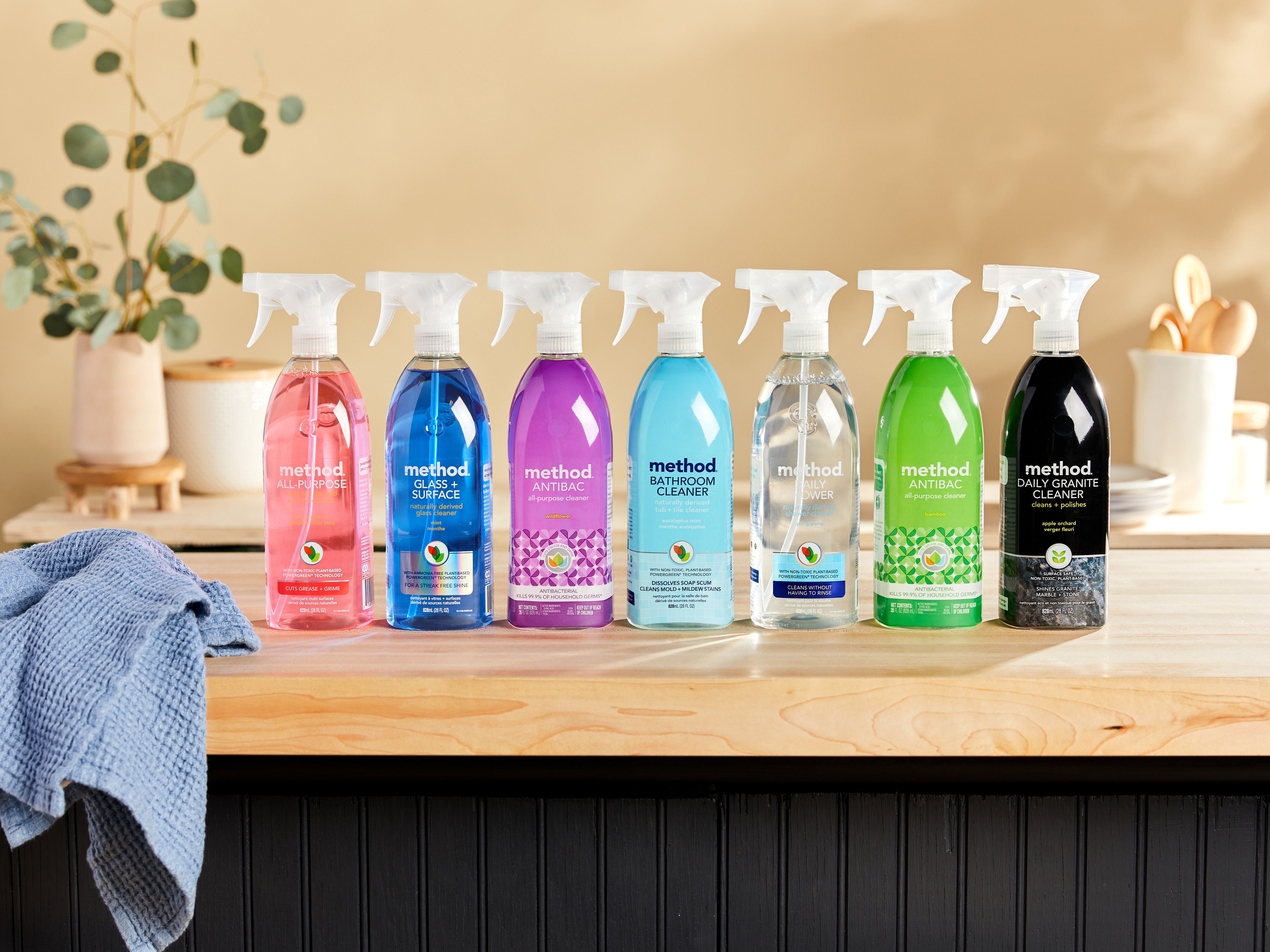 We've pulled the 18 best method cleaning products that have been top-rated by Grove members. Select from any on the list and get them delivered to your door! 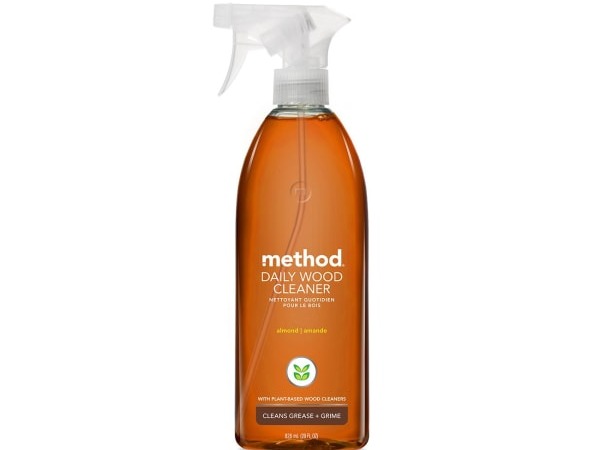 6 Best Wood and Wood Floor Cleaners to Make It Shine

We've pulled the top 6 best wood and wood floor cleaners determined by Grove members. Select from any on the list and get them delivered to your door!