Behind the Brand: Meet the Gardening Experts (and Plant Whisperers) of Good Dirt

Plagued by poor potting soil mixes and lackluster growing seasons, Good Dirt founders Al and Suzy Newsom ventured out to create a sustainable gardening brand that’s good for your plants and for the planet.


All images courtesy of Good Dirt.

Many people think dirt is just dirt. But for Suzy and Al Newsom, a husband-wife team in Raleigh, North Carolina and founders of Latina woman-owned gardening brand Good Dirt, soil is a living, breathing entity and should be treated as such through proper care and nutrition.


Roughly 10 years ago, Al, who spent his entire career in the gardening industry, was becoming increasingly dissatisfied with potting mixes available to commercial growers and retailers. The different soils he tried growing things in just weren’t producing the results he was looking or hoping for; which got him thinking: Why isn’t this working, and can I do it better myself?


“It got to the point where I was like, ‘Hey, I’m a horticulturist. I’m a consultant to commercial growers … and I can’t figure this out? I can find something better than that,’” Al says, thus launching him into a fact-finding mission as to why his leafy friends weren’t growing to their full potential. 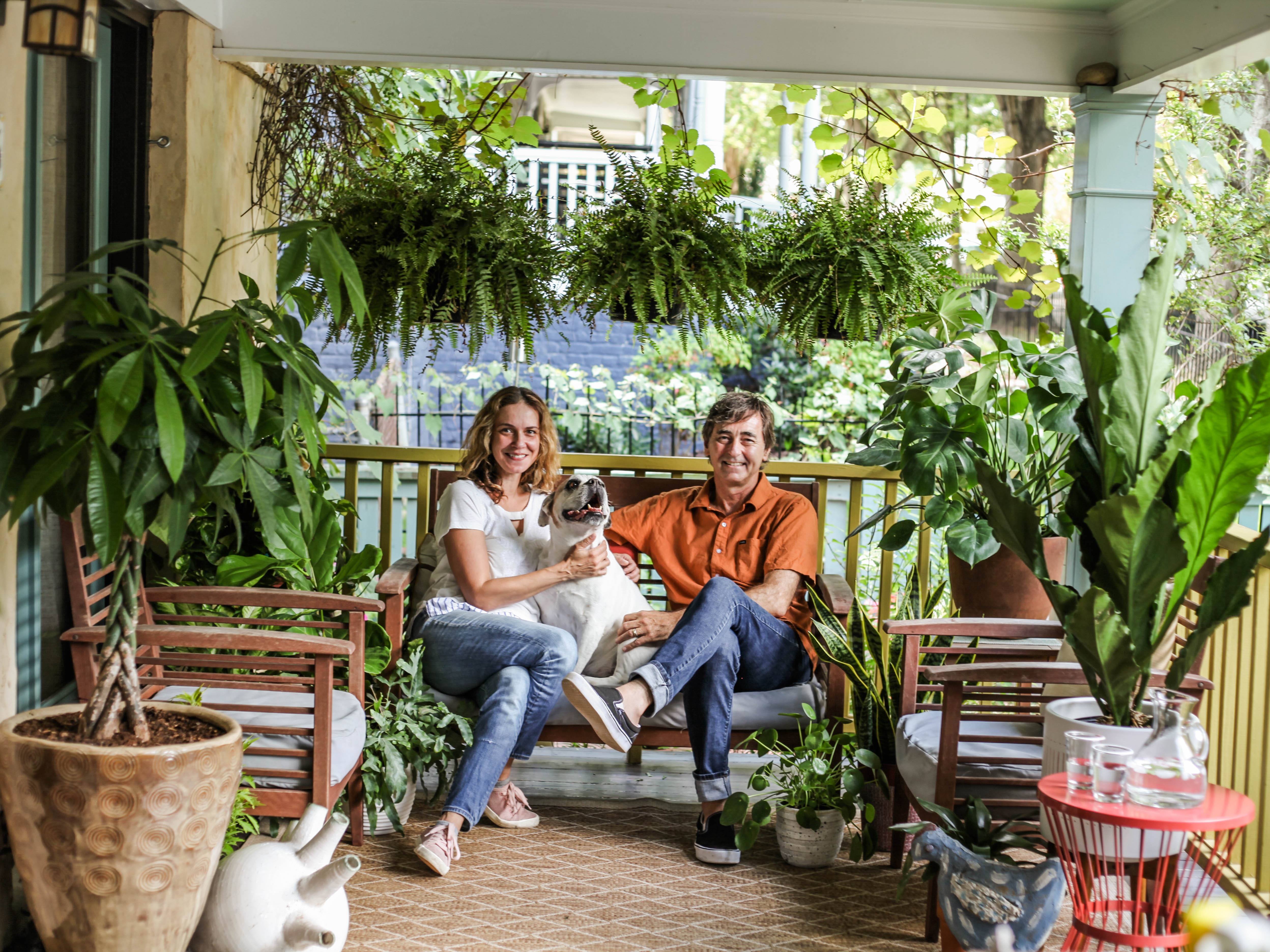 What Al discovered about these potting mixes he was using was eye opening. According to Al, most, if not all, soil companies add pine bark or shredded wood of unknown origins (including materials exposed to chemicals) into potting mixes. Sounds normal, right? Well this bark or wood quickly breaks down in soil, consequently creating a compacted, dense dirt that inhibits air circulation or water flow — all of which prevents plants from thriving.


Armed with this newfound knowledge, Al started looking for solutions, eventually landing on a natural byproduct from peat bogs in Canada the Newsoms have since coined as BogBits® — a sustainably harvested, almost-petrified wood product that’s screened out of peat moss and transformed into a fiber.


“We just started playing around with it and then that's when the light bulb went off,” says Al. “We found that this wooden fiber doesn't break down. If that's one of the main components of a potting mix, you're giving [soil] a structure for air flow and nutrient flow, where roots can breathe.”


Excited by the prospect of a soil breakthrough, the Newsoms put their BogBits®-laden dirt to the test, planting finicky vinca — a flowering annual vinca, not the groundcover type — in a container. By the end of the growing season, the results were staggering. 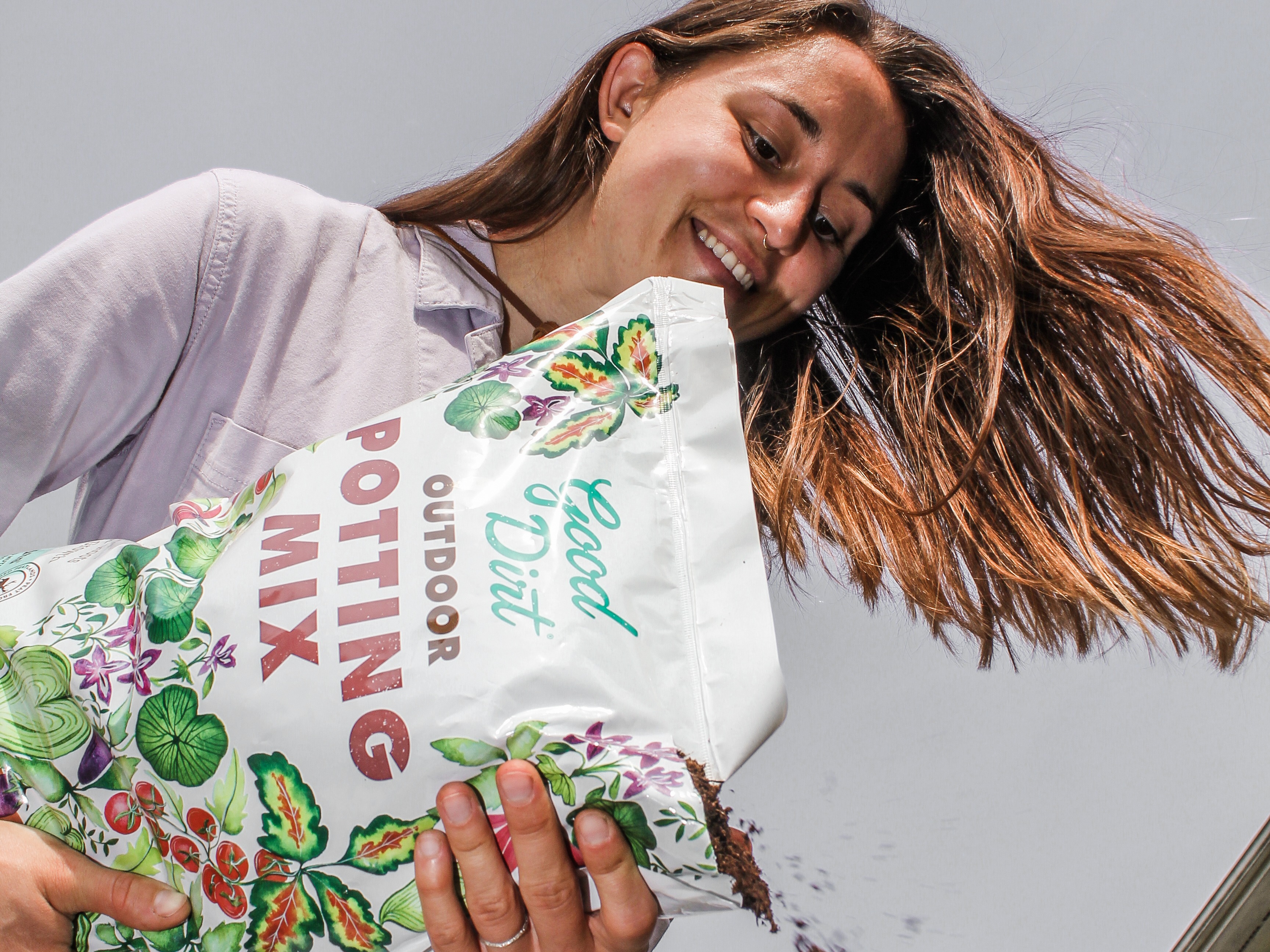 BogBits® are Good Dirt’s proprietary soil additive used in place of traditional pine bark or other wood fibers in potting soil. BogBits® are recycled by-product "sticks" from the peat bogs of Canada that have been broken down into a fiber that doesn't break down.

“When we took that plant out [of the pot] to change it out, it had roots all the way down to the bottom of the pot,” Al recalls. “I've never been able to do that before. So that's how we figured out we have found the magic recipe.”


After landing on this “magic recipe” made with all natural, organic, non-GMO, renewable, and plant-based components, Al tapped on his wife Suzy, a business and marketing industry guru and veteran. He explained that he was toying with the idea of starting a potting soil company. Suzy was all in. 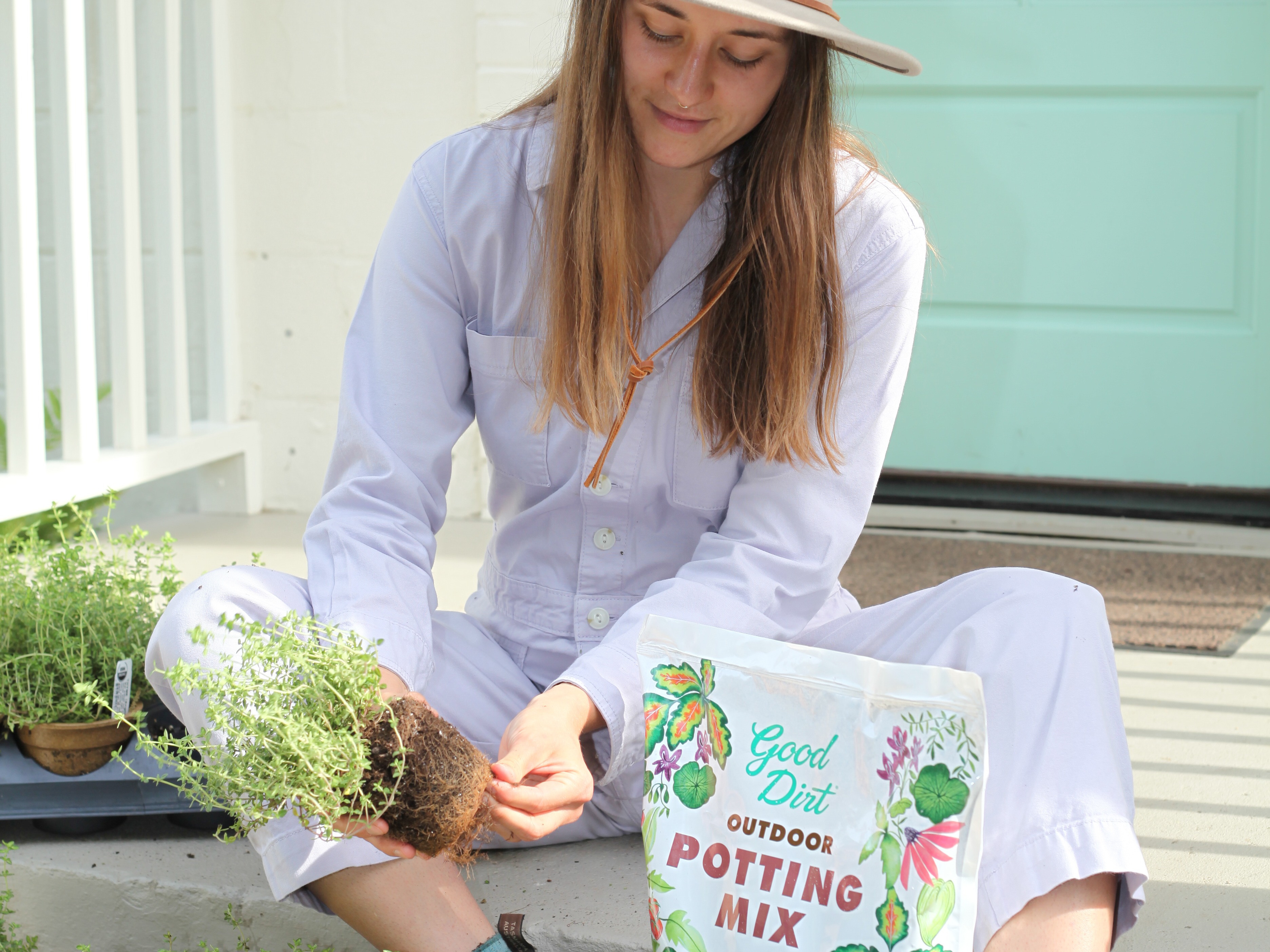 Suzy, a fellow plant lover and Brazil native, hit the ground running, performing some serious research and development on existing brands to determine how to bring their own unique product to market that was everything the others aren’t.


After looking at, feeling, and lifting several bags of dirt out of the back of her car, Suzy determined that most items available to consumers were too heavy, too ugly — “[The bags] all looked like dog food,” she laughs — and too technical; which ultimately helped her land on Good Dirt’s trademarked criteria: simple, successful, sustainable.


“[I]t has to be simple for someone who is a first time learner or a person who's been a gardener for years,” she says before explaining that Good Dirt is simple in the sense that all you have to do is open the bag and use it — no watering, incorporating additives, or waiting for it to expand is required.


“You have to be successful because new gardeners when they are not successful in their endeavor tend to give up easily,” Suzy says. “[A]nd it has to be sustainable.” 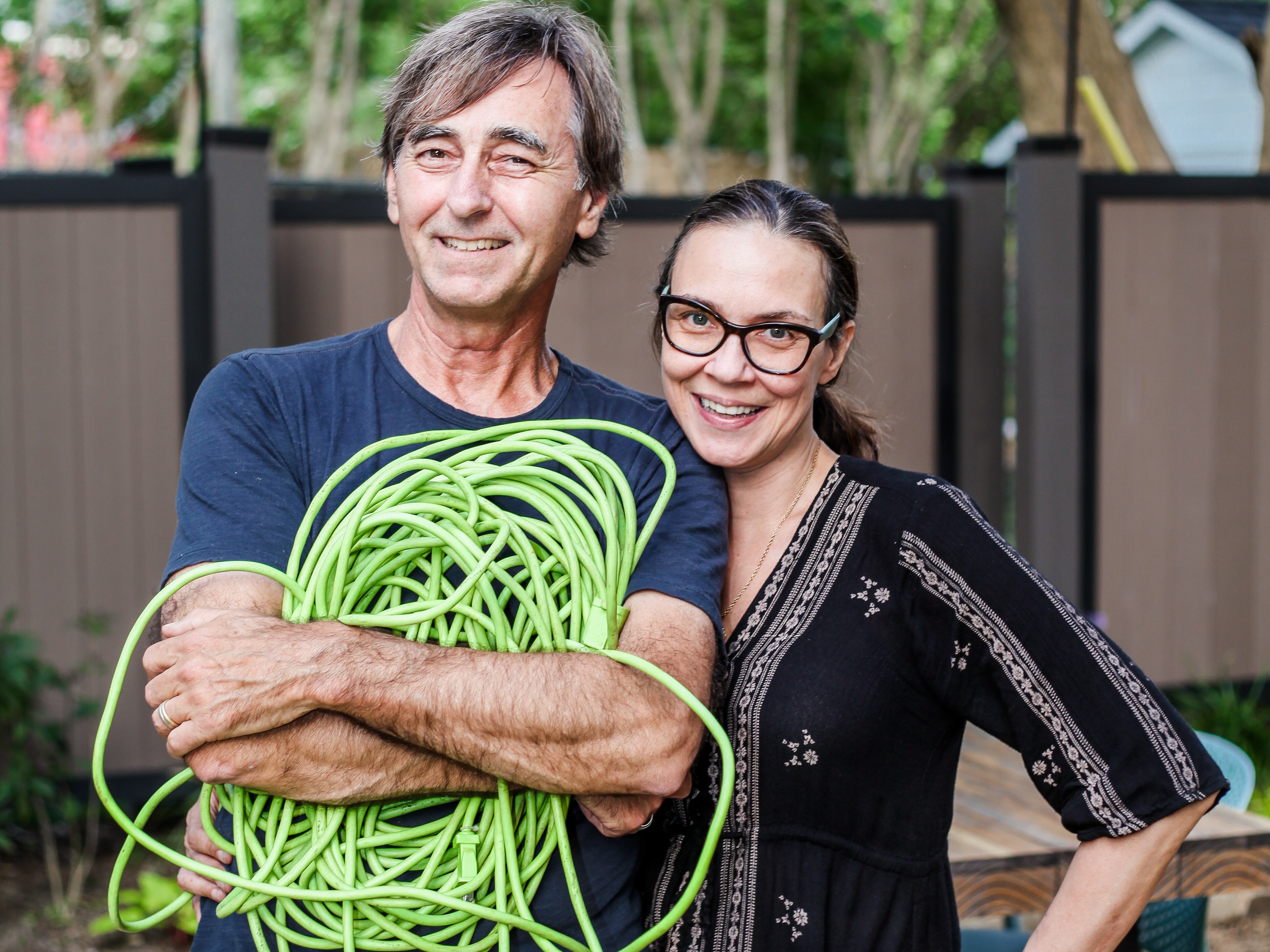 All Good Dirt products are 100-percent animal byproduct free. That means there’s no manure, fish scales, or anything from the ocean. Instead, nutrients are derived from the land from seed-based byproducts.


“Because we don’t like to play in poop,” says Suzy.


Not only are all of Good Dirt’s products vegan, but they are also chemical-free and non-GMO — plus, everything is produced from organic materials, easily pronounceable, and made in a way that’s better for the earth.

How long does Good Dirt last?

Thanks to the fact that BogBits® don’t break down, Good Dirt maintains its loose, well-aerated structure season after season. So whether you are planting indoors, in a container, box garden or flower bed, Good Dirt’s potting soil can be reused every season when replanting.


Just freshen it up with some more dirt, food, and plant biotics and you’re good to go.

How is Good Dirt made and packaged?

The Newsoms’ dedication to using quality, earth-friendly ingredients also extends to their manufacturing process, only partnering with companies that practice the same natural ethos that Good Dirt does.


Ultimately, the Good Dirt founders believe that fostering a healthy earth, and lifestyle, comes down to the very foundation — down to the living dirt. 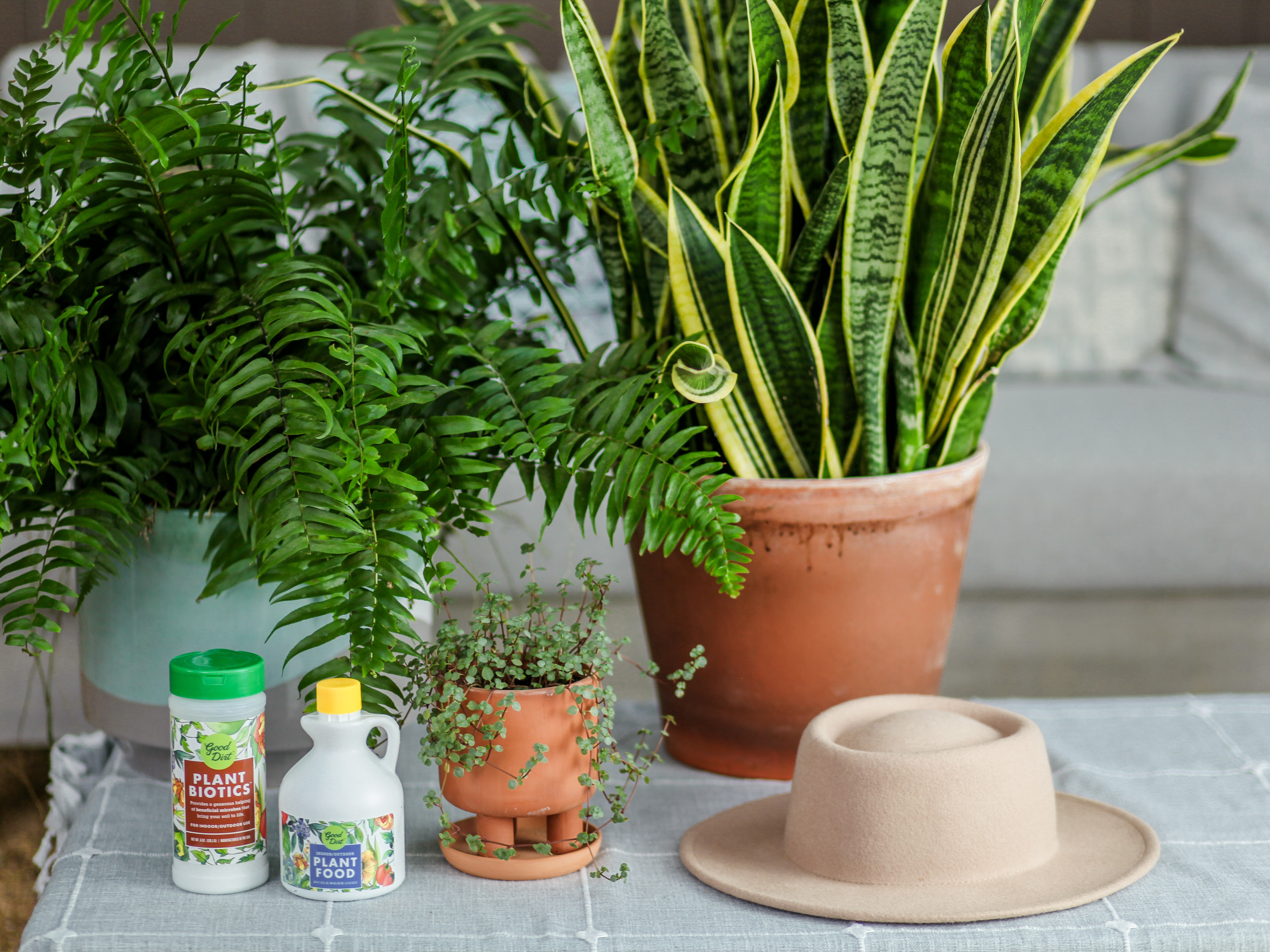 3 products for a successful garden — from the experts

Following Good Dirt’s guiding principles of “simple, successful, sustainable,” here are three products that are good for your plants and good for the earth.

As the brand’s flagship product, Good Dirt’s Outdoor Potting Mix features its revolutionary BogBits® and living soil that’s guaranteed to produce bigger blooms, healthier roots, and faster growth, all without the use of chemicals and animal byproducts. Plus, a bag of Good Dirt is roughly half the weight of similarly-sized bags from competitors. 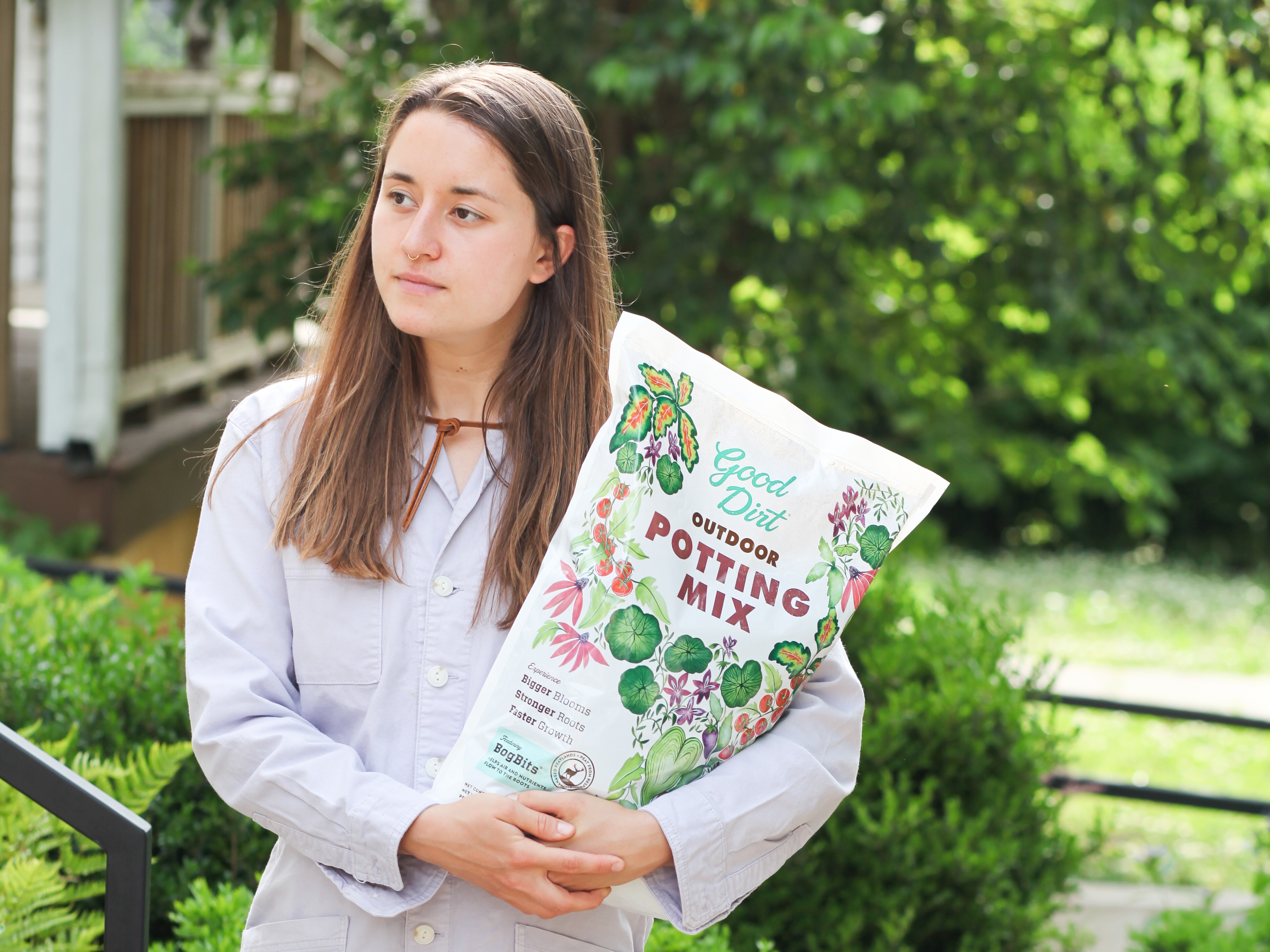 Just like we need nourishment, plants need to eat, too. So the savvy plant whisperers at Good Dirt developed Plant Food, a concentrated liquid fertilizer that feeds your plants and soil with a well-balanced diet of nitrogen, phosphorus, potassium, and amino acids. 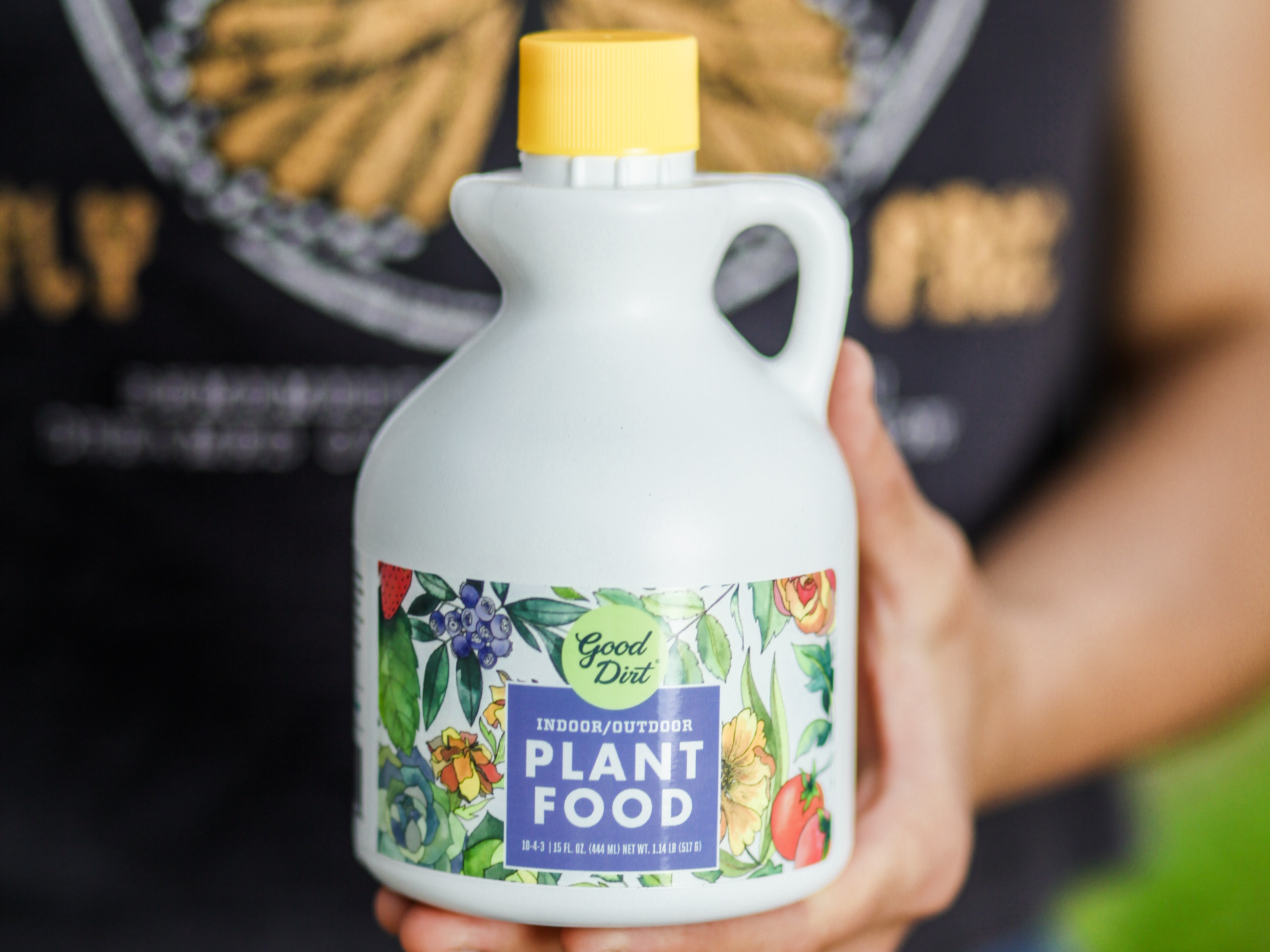 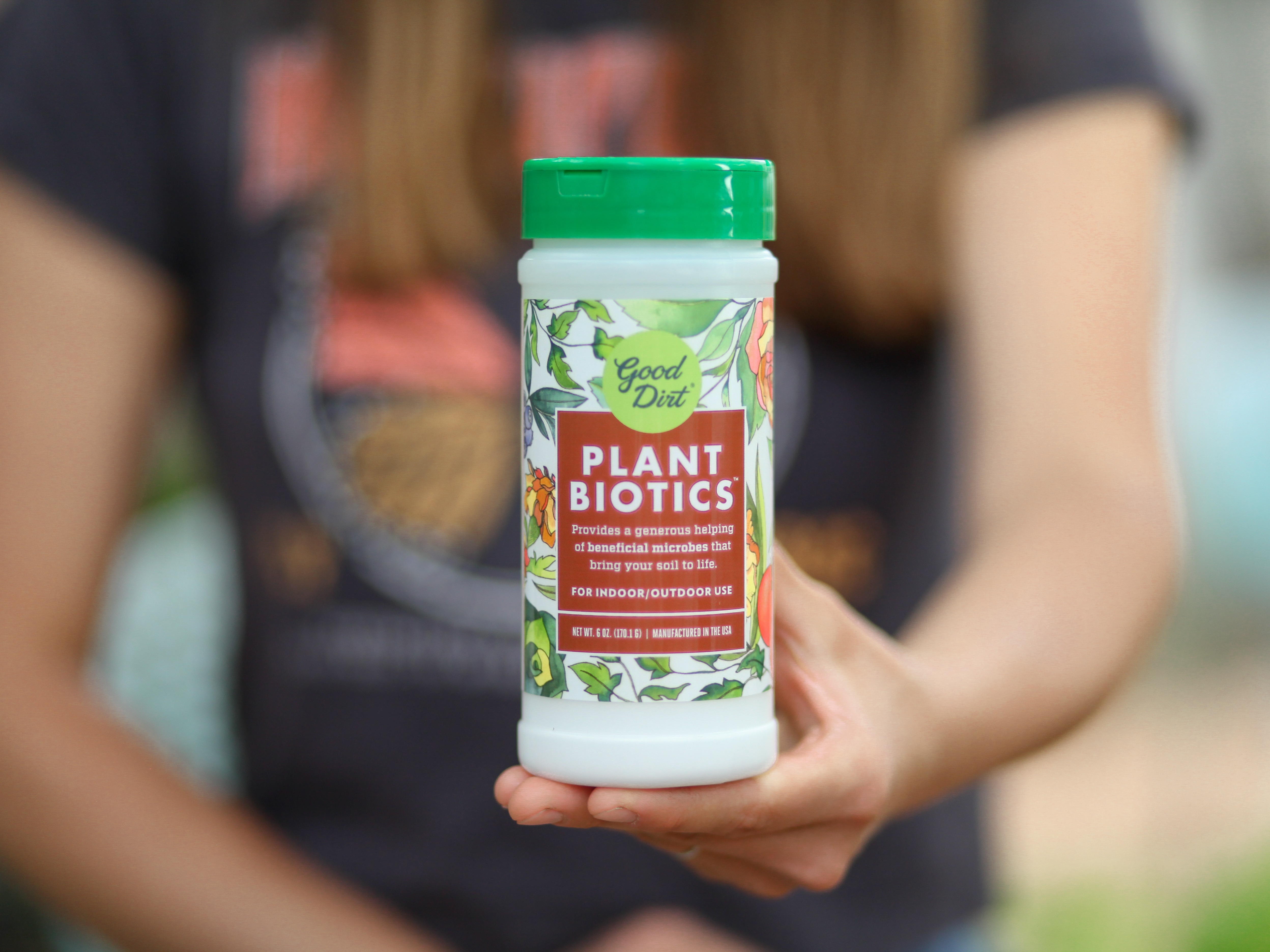 5 gardening tips and tricks from the Good Dirt pros

Whether you are an indoor plant parent or an outdoor gardener, use containers or plant directly in the ground, Al and Suzy Newsom share a few pieces of advice for bountiful blooms and success.

When first starting out, the Newsoms recommend that all gardeners start small. This can mean a small box garden or veggie patch, but the goal is not to feel overwhelmed. And the worst thing is when something that starts out as enjoyment turns into a chore. “Start small, fall in love, see what you like, and then go from there and just build it,” says Suzy.

Planting a lush, vibrant, gorgeous garden doesn’t happen overnight. In fact, ”most gardens that become really beautiful take like 2–3 years to fill in,” says Suzy. “So it's not an overnight thing, but there is overnight gratification in container gardening and adding color and things like that.”

Gardening, planting, and being outside with green things can be extremely therapeutic. For Al, in particular, he turns to short breaks in the garden to alleviate stress. “Even if it's 10 minutes or so, just that little bit of time in the garden space, turns a situation around for me,” he says. “You can breathe, you have a break, and pulling those weeds or doing something methodical, it gives you that [relaxed] feeling.”

You’ve probably heard that placing a layer of gravel in the bottom of a pot helps with drainage, right? Well, gravel actually impedes drainage when mixed with potting soil.

Pick indoor and outdoor plants that are attractive to you, whether that’s by color, texture, taste, whatever. “When you find things that you like, it doesn't matter if they aren’t perfect together,” says Suzy. “Have fun … be creative.”


“Especially for beginners, don't be intimidated. Just go for it. There's not a right or wrong way,” adds Al. 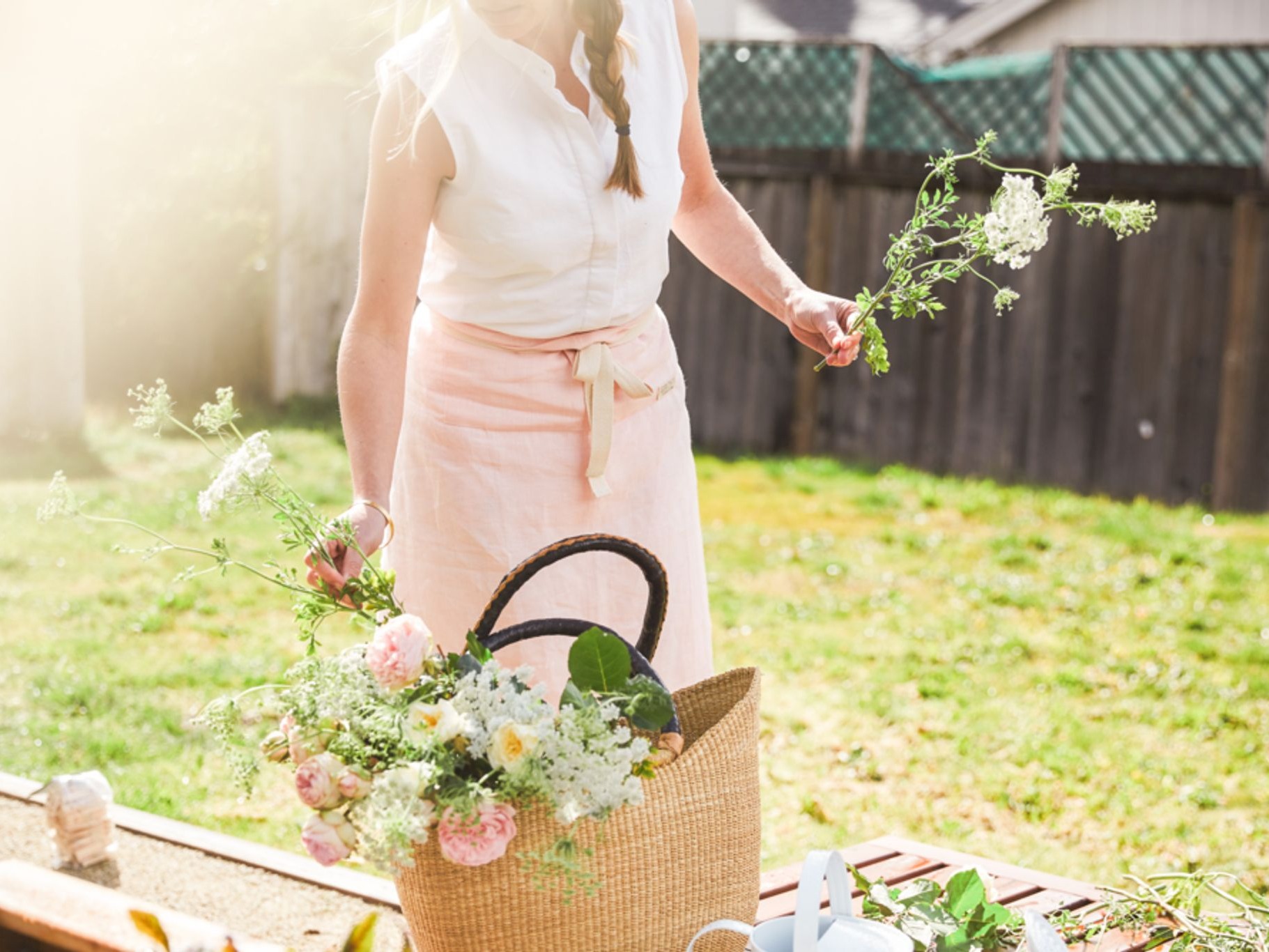 4 May Flowers with Skincare Powers — and How to Harness Them

Flowers have been used in skincare for millennia, but do you know the reasons why floral ingredients are used to help balance and care for skin? 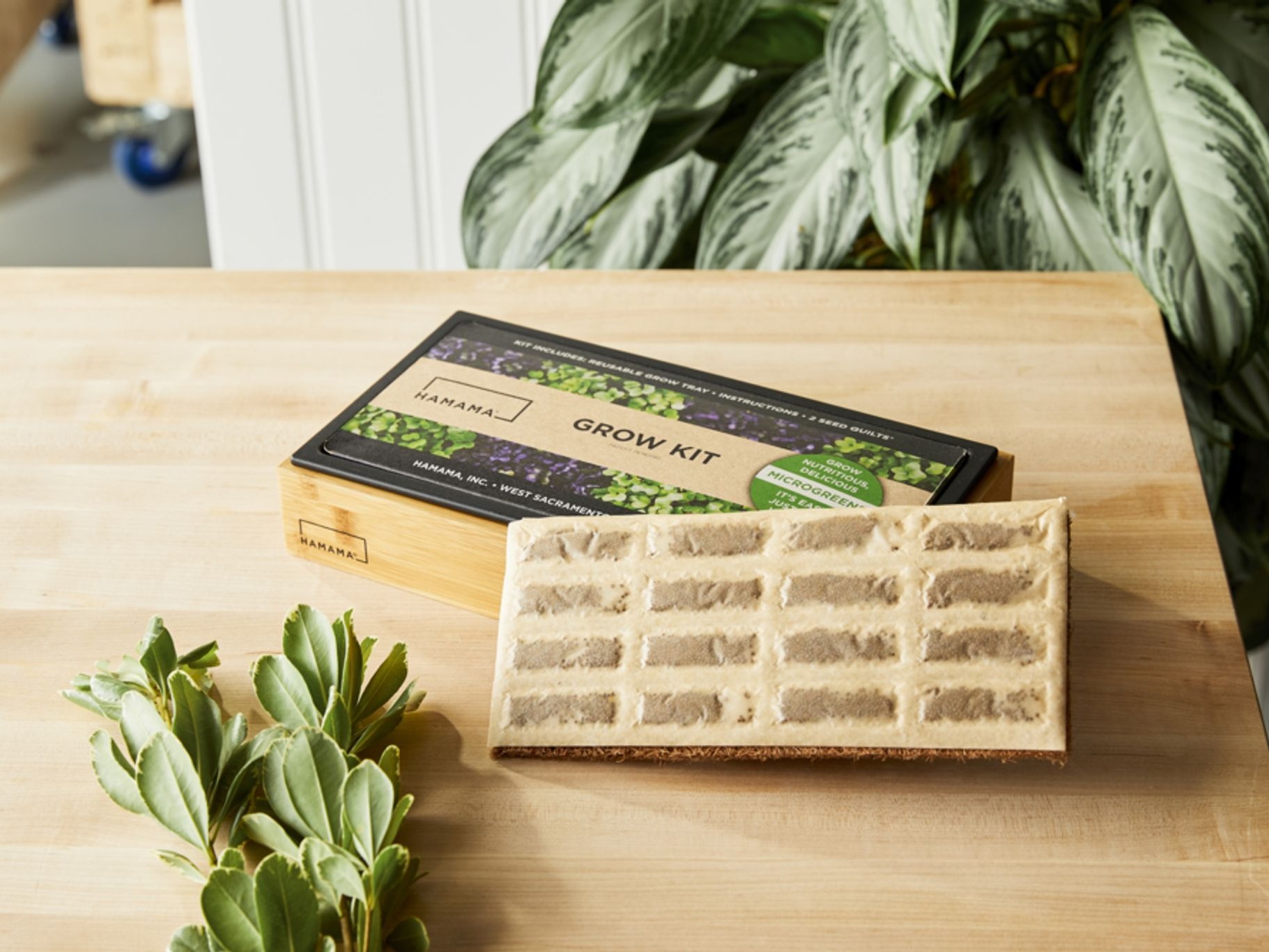 Our Review of the Hamama Microgreens Grow Kit

We tried the Hamama Microgreens Grow Kit to see if edible microgreens could thrive even under our care. 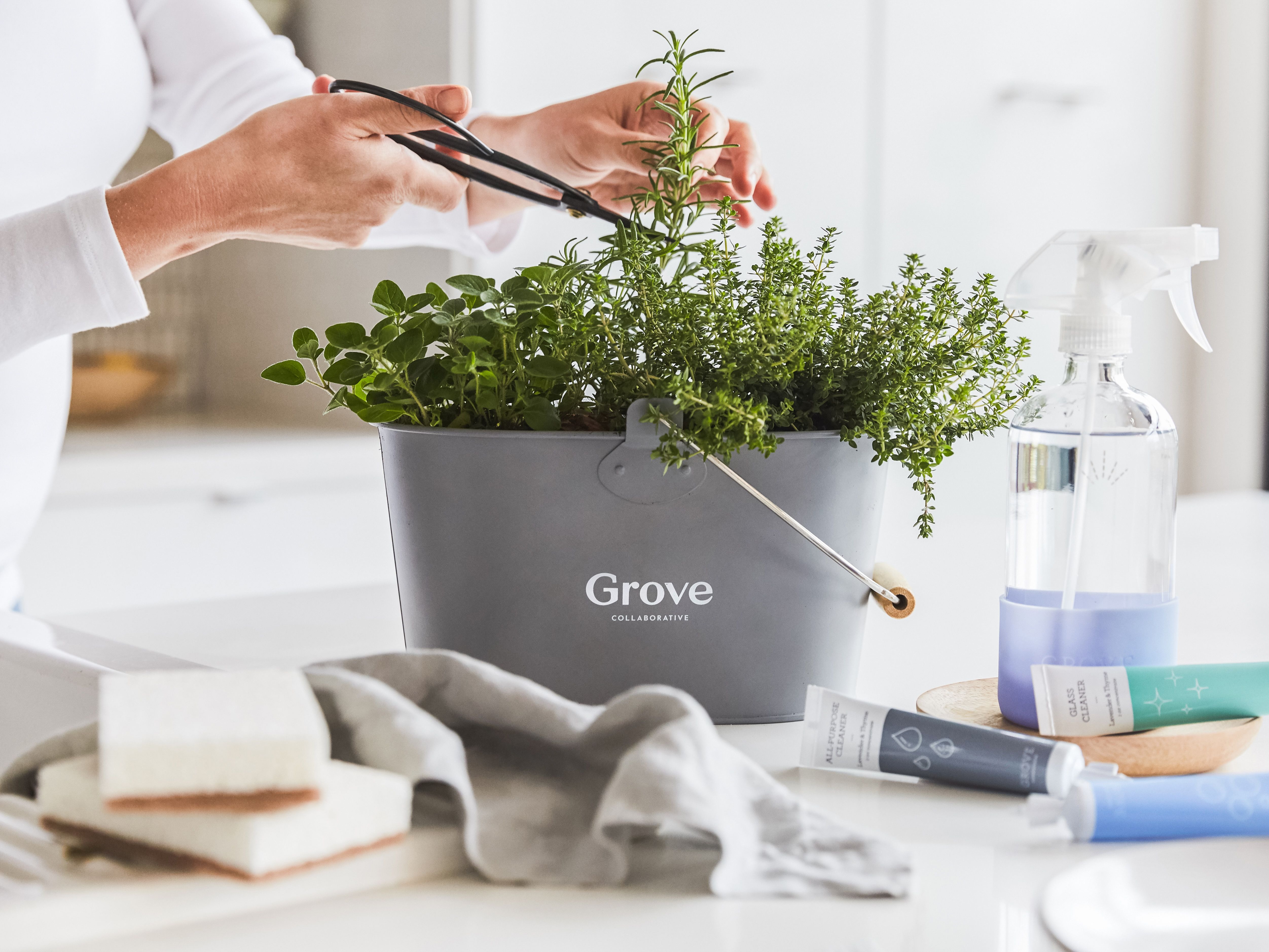 How to Get Rid of Spider Mites on Your Houseplants, Naturally

Are your succulents and snake plants silently suffering from a pest invasion? It’s time to fight back. Learn how to protect your houseplants from spider mites with natural products that are free from harsh chemicals. 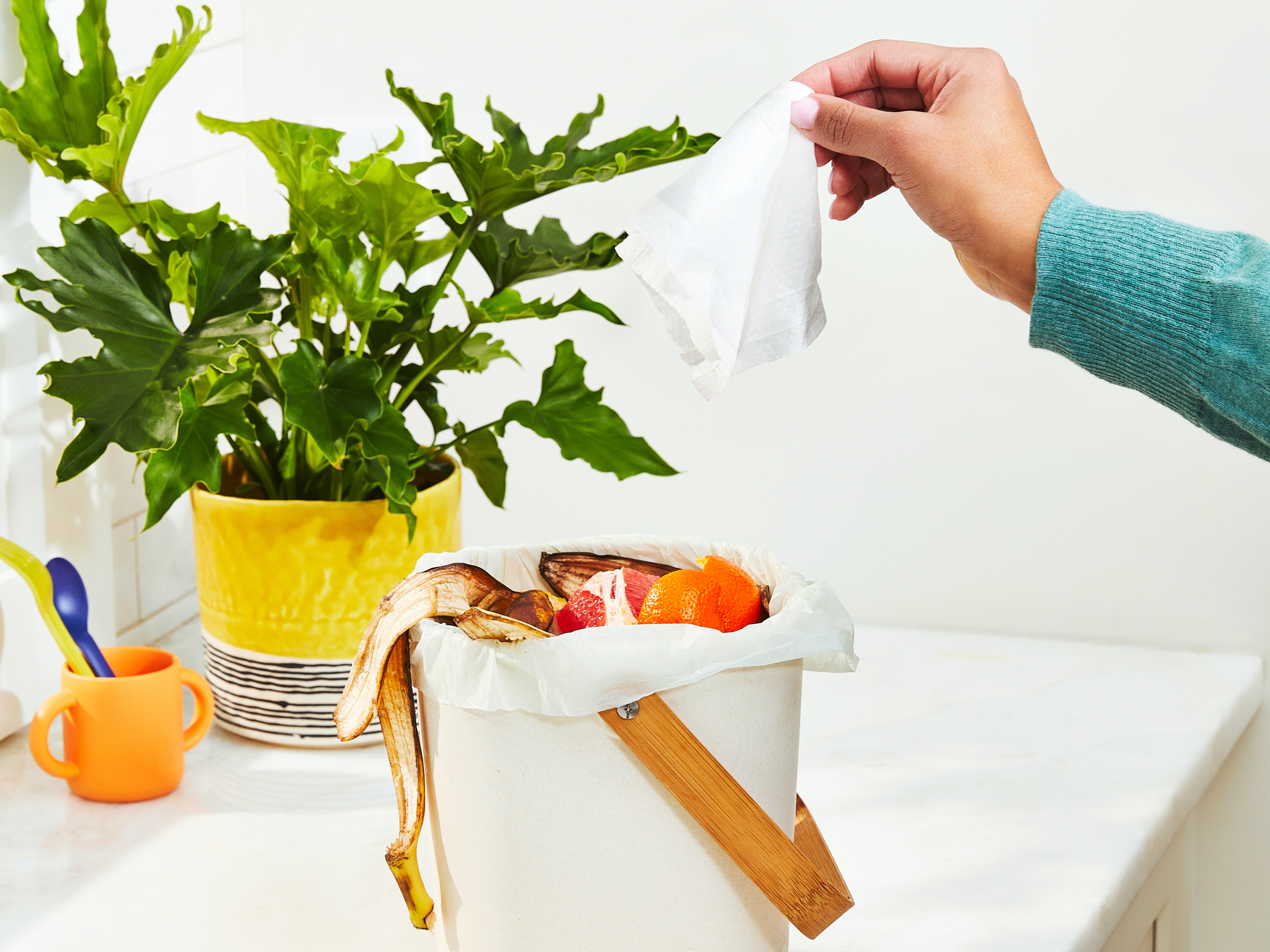 How to Compost for Beginners: Tips for Getting Started

Composting might seem like the kind of eco-friendly hobby reserved for die-hard environmental enthusiasts, but it's actually a surprisingly simple step towards living more sustainably.

From natural household to personal care, everything at Grove is healthier for you and the planet — and works! We recommend monthly shipments and product refills that you can edit or move at any time. No monthly fees or commitments required.

Learn more (and get a free starter set)!
Join thousands of happy customers creating a healthier home. Get started to select your free welcome set!
Claim My Offer