Ask an expert: What is thymol, and does it kill viruses?

Thymol is a plant-based ingredient used in natural disinfectants and other products. But does it really kill viruses? Here’s what you should know about thymol from the experts at Grove.

Natural beauty and cleaning products are better for the environment than their conventional counterparts, and they’re better for our bodies too. If you’re new to the world of natural products, you may be wondering whether their natural active ingredients can hold a candle to the powerful chemicals you’re used to cleaning with.


Take thymol, for example. This plant-based ingredient is used in a variety of products, including Seventh Generation disinfectants. But where does it come from, and can it really protect you against harmful microorganisms — including coronavirus?


We asked our Senior Director of Science and Formulation, Clement Choy, Ph.D. — better known as Clem around these parts — to give us the lowdown on thymol and weigh in with his expert opinion on whether this ingredient is worth your “thyme.” 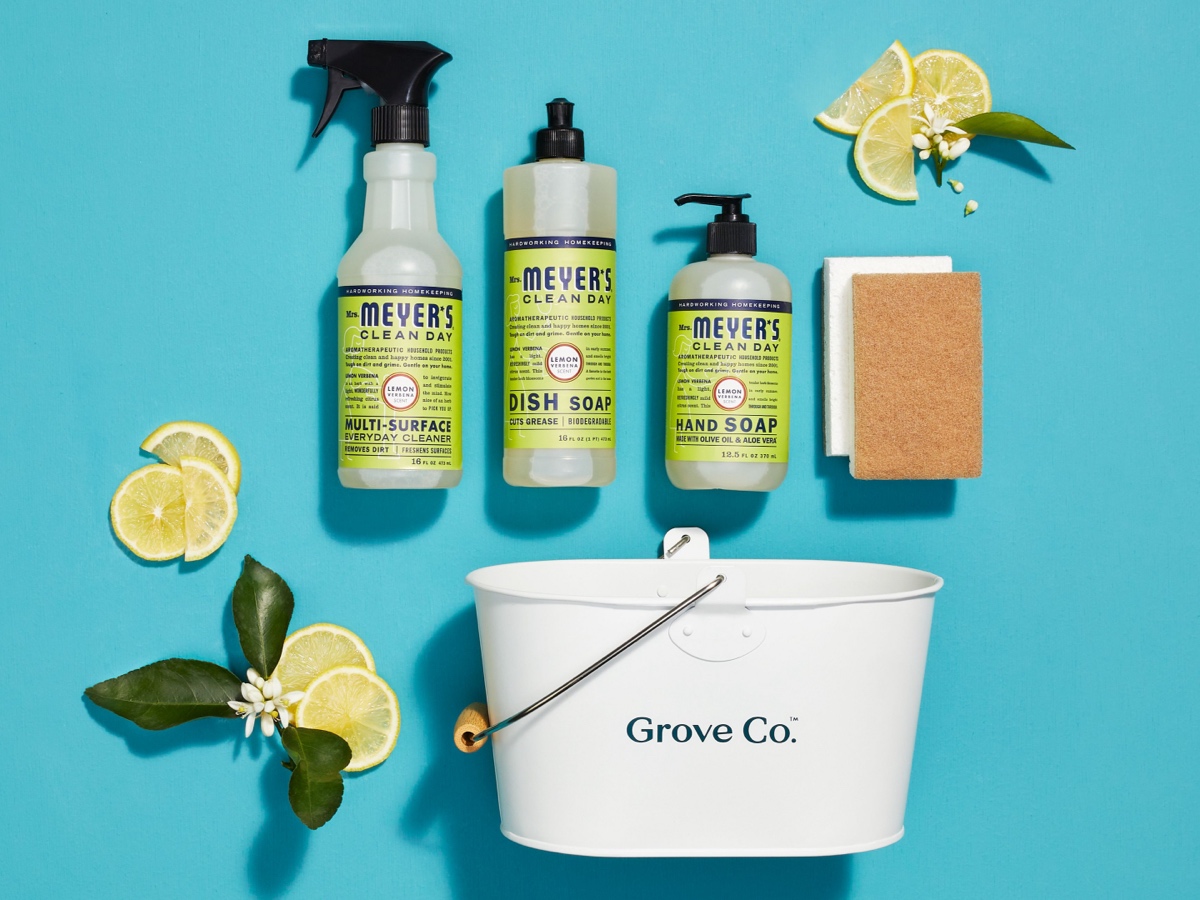 What is thymol, and where does it come from?


Thymol is found in several botanical oils, including bee balms, some wildflowers, and its herbal namesake, thyme. Like many other plant-based substances, thymol has strong antiseptic properties. In ancient Egypt, thyme was used for embalming. The Greeks burned it as incense, and the Romans purified their rooms with it — and added it to their cheeses and liqueurs for its aromatic flavor. Native Americans used thyme poultices to heal skin infections and wounds.


When thymol is extracted from a plant, it’s a white, crystalline substance that’s used in a variety of products for a range of purposes.

What types of products contain thymol?

Thymol was originally registered with the Environmental Protection Agency (EPA) in 1964 for use as an animal repellent to keep birds, squirrels, beavers, rats, and other critters away without harming them.


Today, it’s widely used as a pesticide. Researchers at the University of Florida studied thymol in the 2000s as a potential replacement for methyl bromide, a powerful soil fumigant that’s effective against a variety of crop pests — but also a powerful ozone depleter, which is why it was banned in the U.S. in 2006. The studies found that thymol kills bacteria that causes wilt and rot in a wide variety of plants, and it’s effective for controlling some soil-borne fungi that damage crops.


Thymol is also used in mouthwashes and other dental products, thanks to its ability to fight tooth decay and infection, prevent gum disease, and fight bad breath. It’s also used in perfumes, disinfectants, and food flavorings. 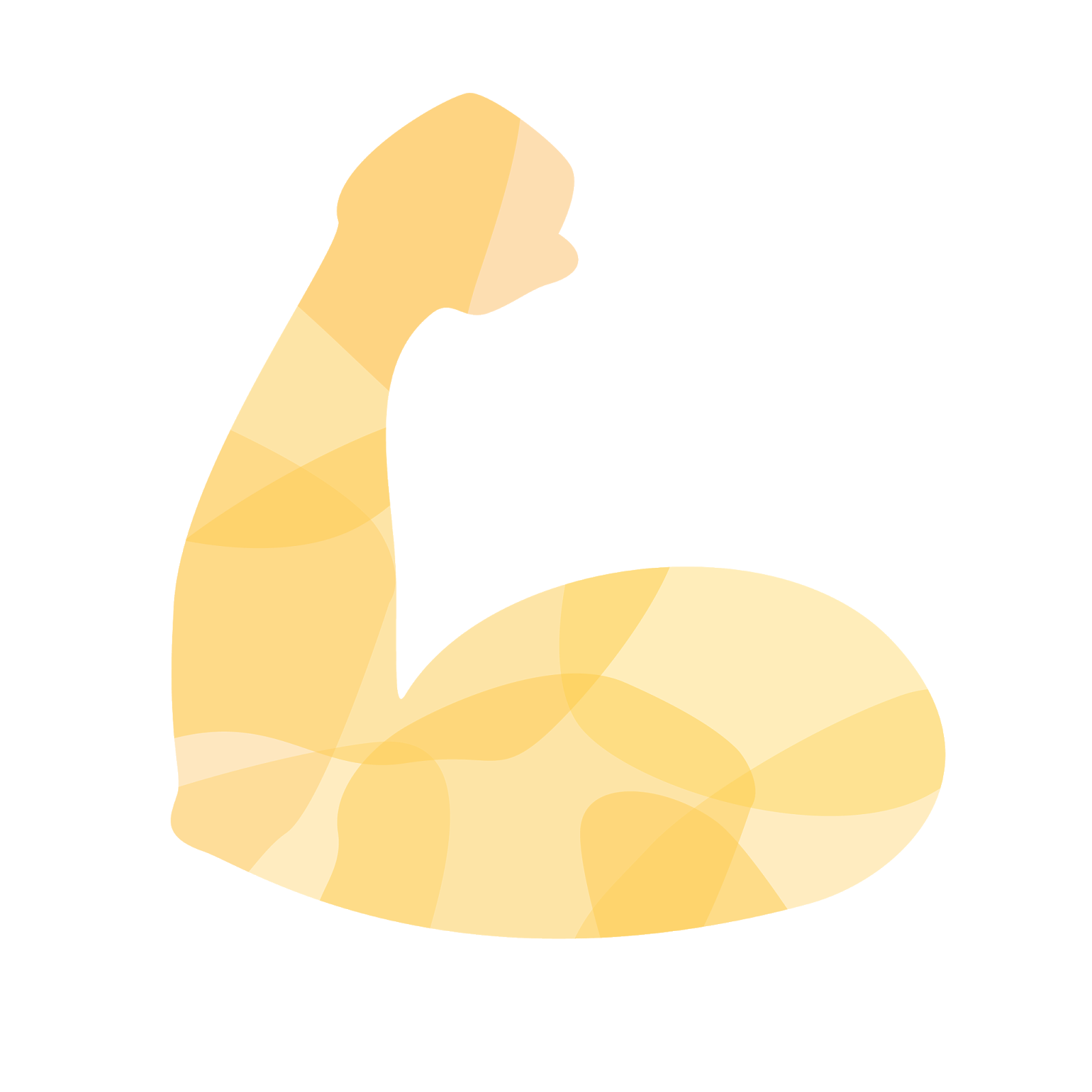 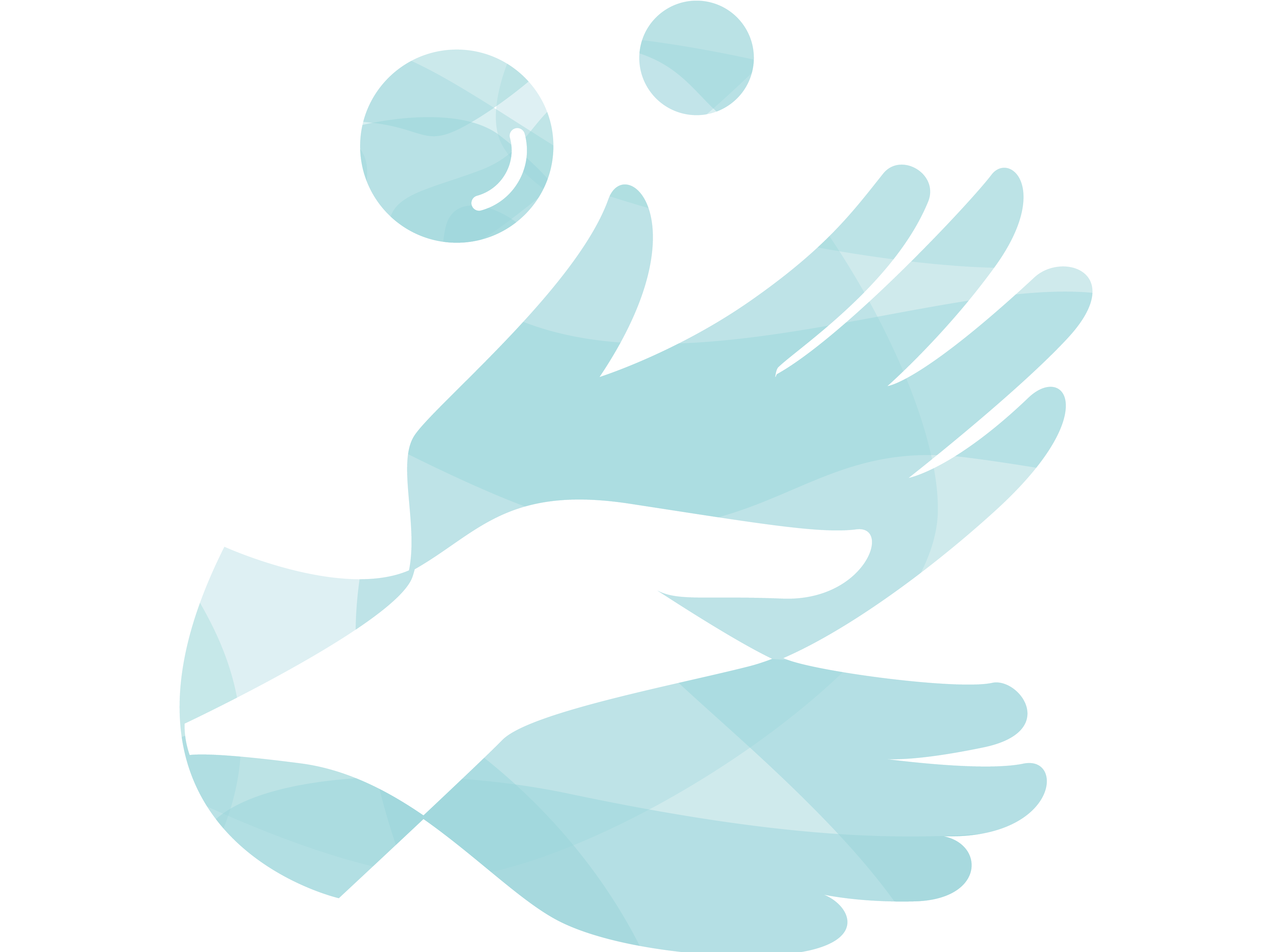 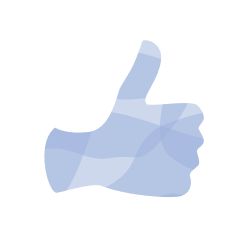 How does thymol kill bacteria and viruses?

Thymol kills bacteria by disrupting the cell walls and cell membranes, causing the cell contents to leak out and the bacteria to die. Enveloped viruses like SARS-CoV-2 — more commonly known as the coronavirus — have a protective fatty coating, which is vulnerable to disinfectants like thymol, which break down the protective shell and deactivate the virus.


Viruses like the norovirus, which has a tough protein shell, are harder to deactivate and require a longer exposure to disinfectants. 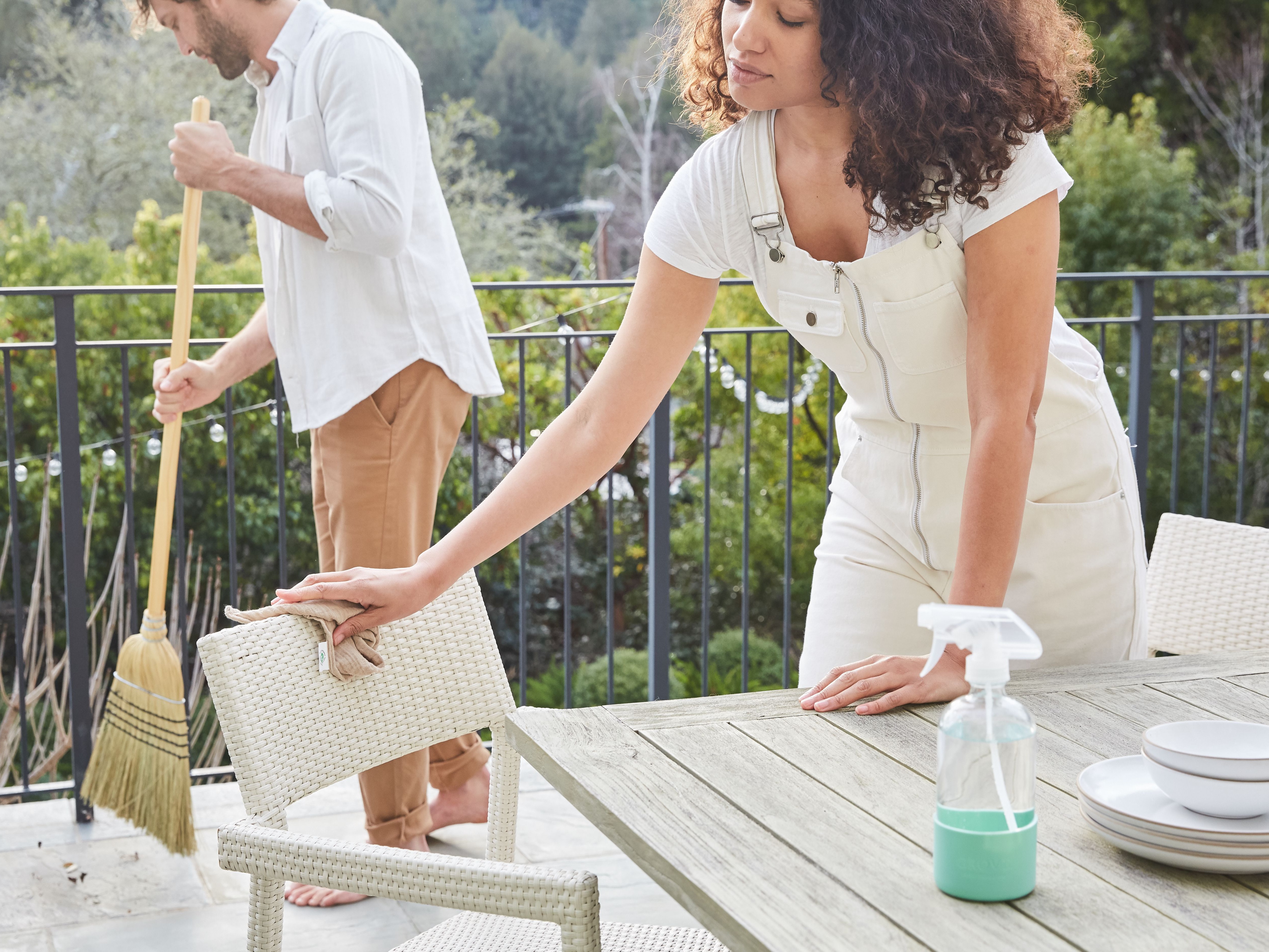 Are thymol-based cleaners as effective as chemical cleaners like Lysol and Clorox for protecting against viruses like coronavirus?

“The category of disinfectants is pretty restrictive, and it’s always been dominated by Clorox and Lysol,” says Clem. “These are quaternary ammonium compounds — very effective for killing viruses and bacteria.”


Unfortunately, these compounds are also associated with respiratory, developmental, endocrine, and reproductive effects. Depending on the specific product, a disinfectant needs to be in contact with a surface for anywhere from 4 to 10 minutes in order to kill the touted 99.9 percent of germs.


The EPA has approved a number of thymol-based disinfecting cleaners — including several Seventh Generation products with a 0.05% concentration of thymol — for killing 99.9 percent of household germs, including SARS-CoV-2. For the best results, thymol-based products should come into contact with a surface for 10 minutes (including drying time) to eliminate tough germs like E. coli and salmonella, which are far harder to kill than SARS-CoV-2. 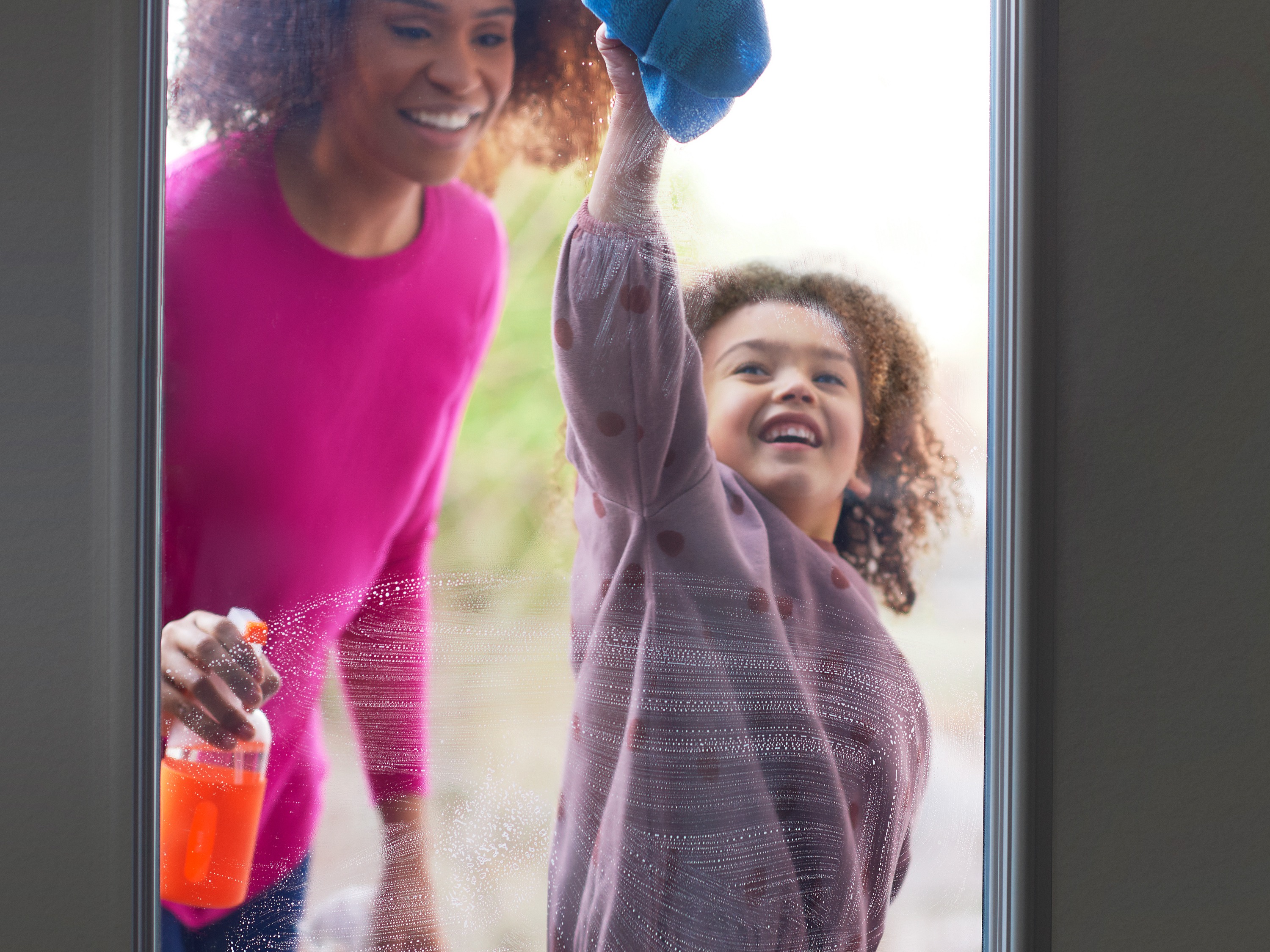 Thymol isn’t the best-smelling substance you’ll ever encounter. It’s described as phenolic, medicinal, camphor, woody, and spicy. Some people find this odor downright offensive, especially if used in large amounts, but others don’t mind it.


The scent of thymol is natural, and even if it’s unpleasant, it’s harmless — unlike synthetic fragrances found in other popular chemical disinfectants. Many products containing thymol are bolstered with other essential oils that make it smell better. 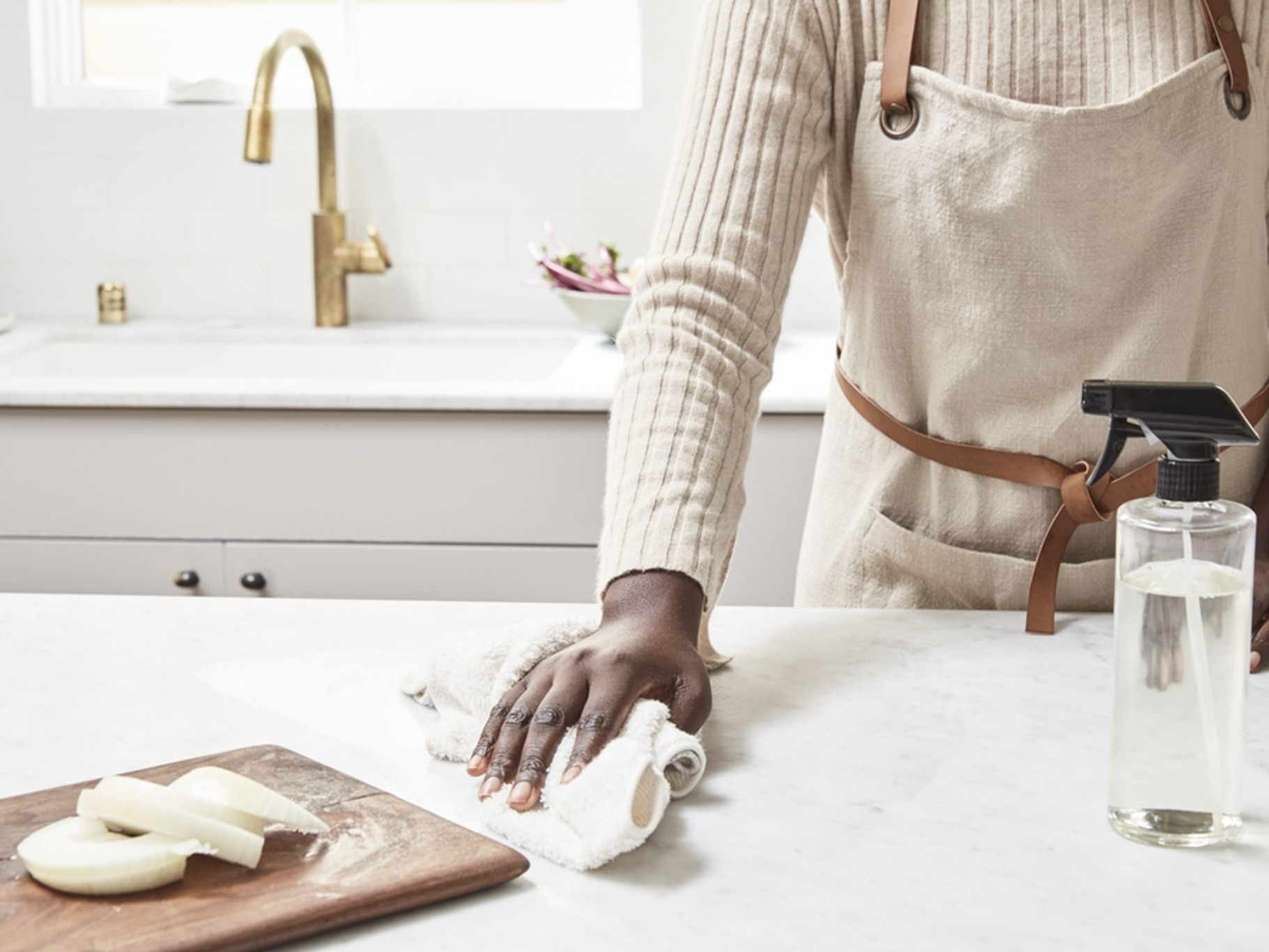 Cleaning and disinfecting aren’t the same thing. Cleaning is the process of removing dirt and germs from surfaces. Cleaning doesn’t kill germs, but rather reduces their numbers and therefore the risk of spreading an infection.


Disinfecting is the process of killing germs. It’s important to clean a surface before disinfecting, since dust and grime can prevent a disinfectant from fully coming into contact with the microbes.

Effects of thymol on people and the environment

What health effects does thymol exposure have on humans?

Thymol and thyme essential oil are listed by the FDA as foods for human consumption and food additives. They’re both categorized as Generally Recognized as Safe — or GRAS — and as such, they’re nontoxic to humans. However, at high concentrations, thymol can irritate the skin and lungs.

What effects does thymol have on the environment?

Thymol is nontoxic to animals and aquatic life, although it’s deadly to microorganisms. Thymol is not considered an environmental toxin. It biodegrades rapidly in the environment through normal processes.

Here at Grove, we're big believers in saving the planet with science — and without sacrificing products' effectiveness. To break down how natural and sustainable products manage to stack up against the competitors without questionable chemicals, we're grilling our scientists, doctors, and fellows for easy-to-understand primers and explanations on how products work. 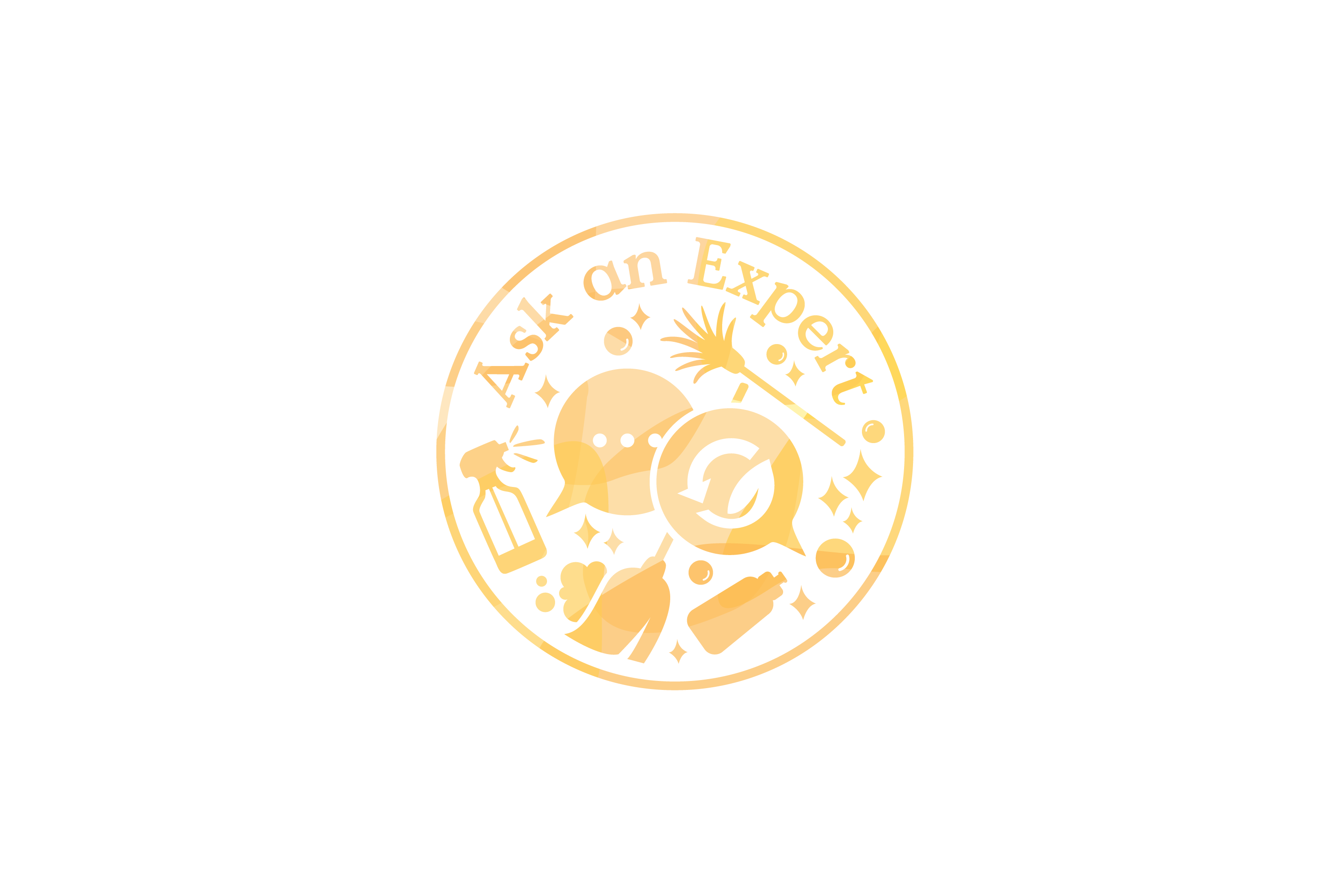 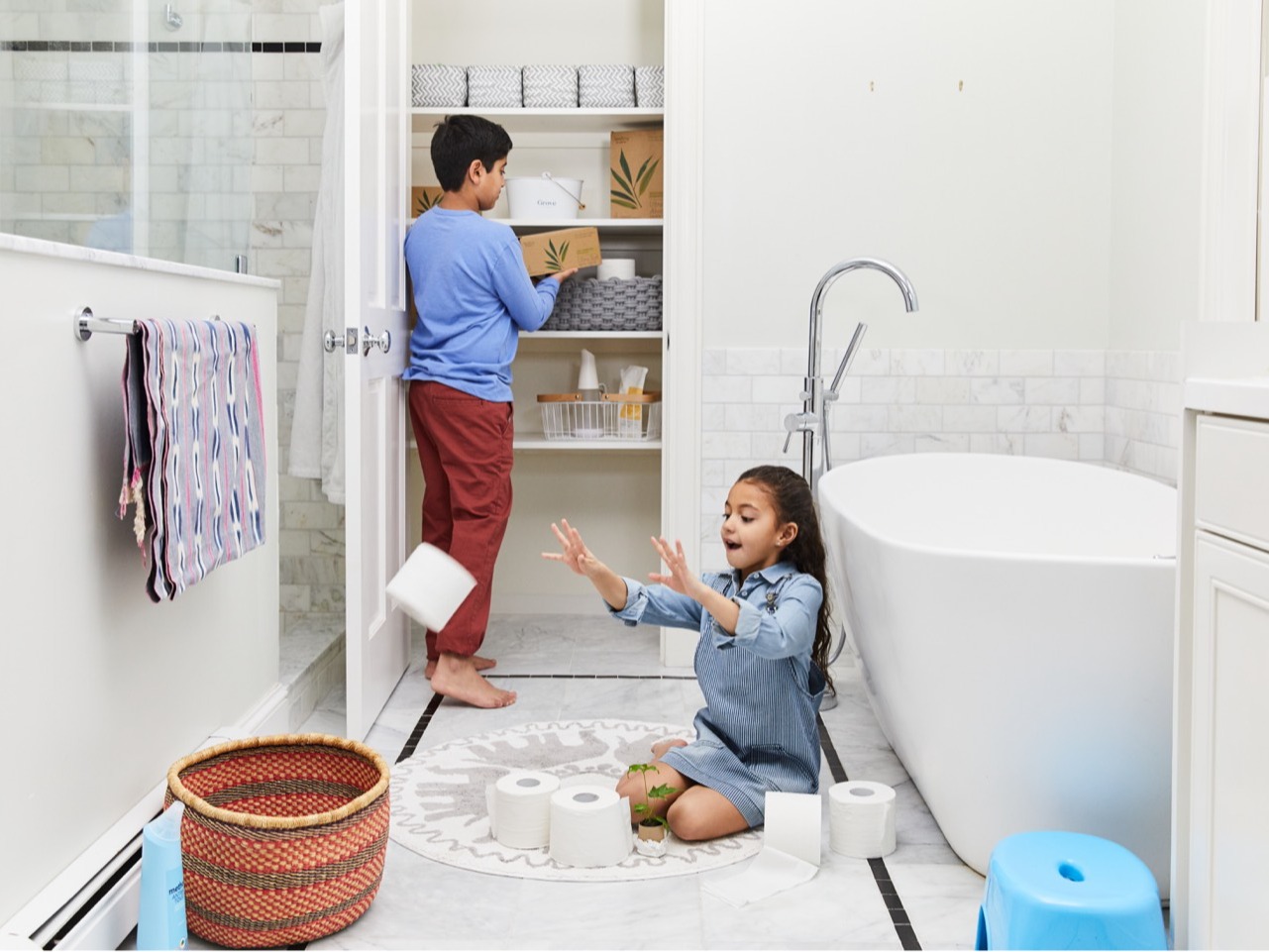 How do you get rid of conventional chemical cleaners safely?

Find out how to safely dispose of old chemical cleaners from Lead Grove Guide Angela Bell after you switch to green cleaning products. 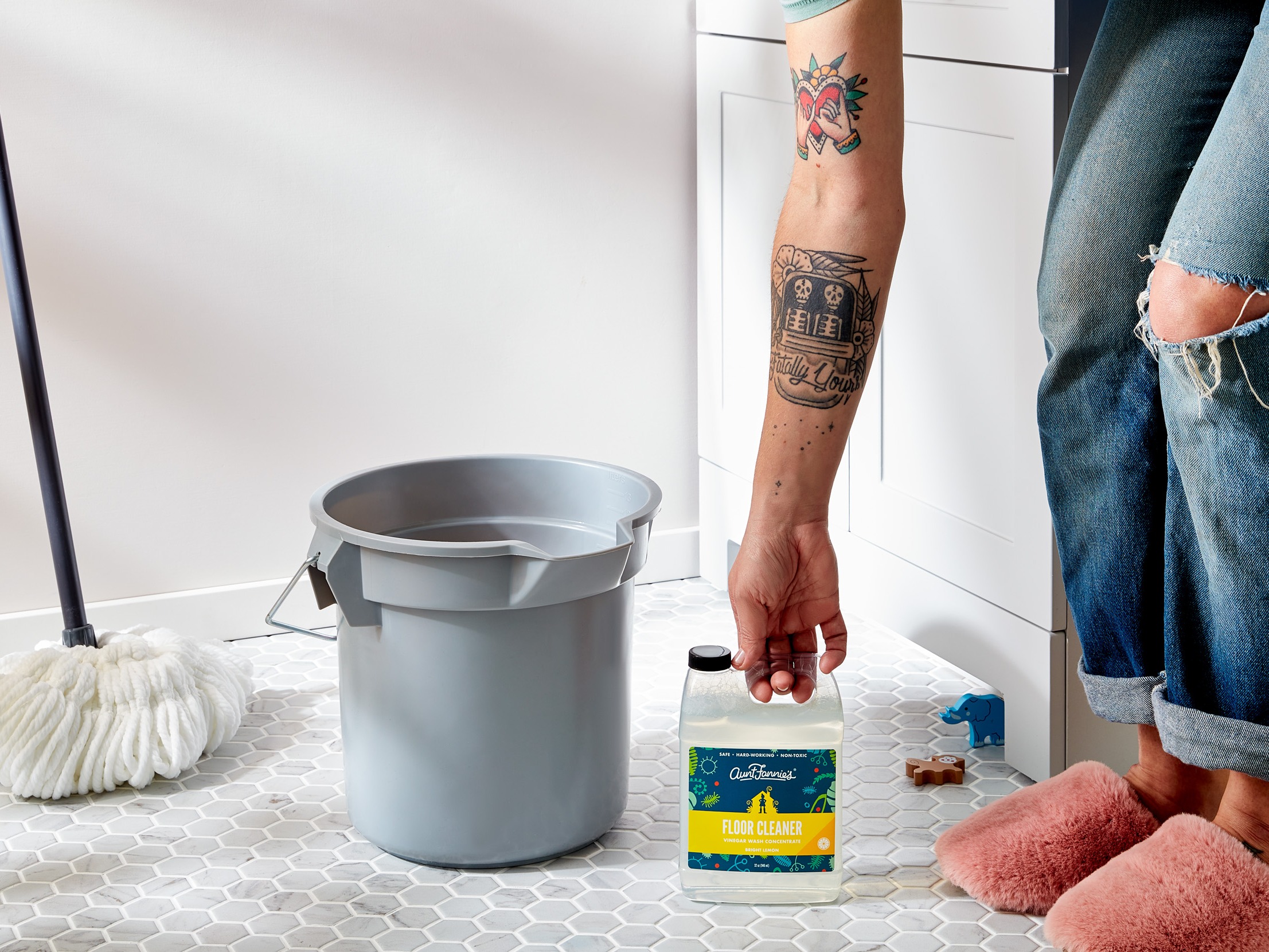 Ask an expert: Does vinegar kill viruses and bacteria?

Vinegar is a great all-natural cleaner that’s been used in households for ages. But what really is vinegar and can it tackle nasty bacteria? 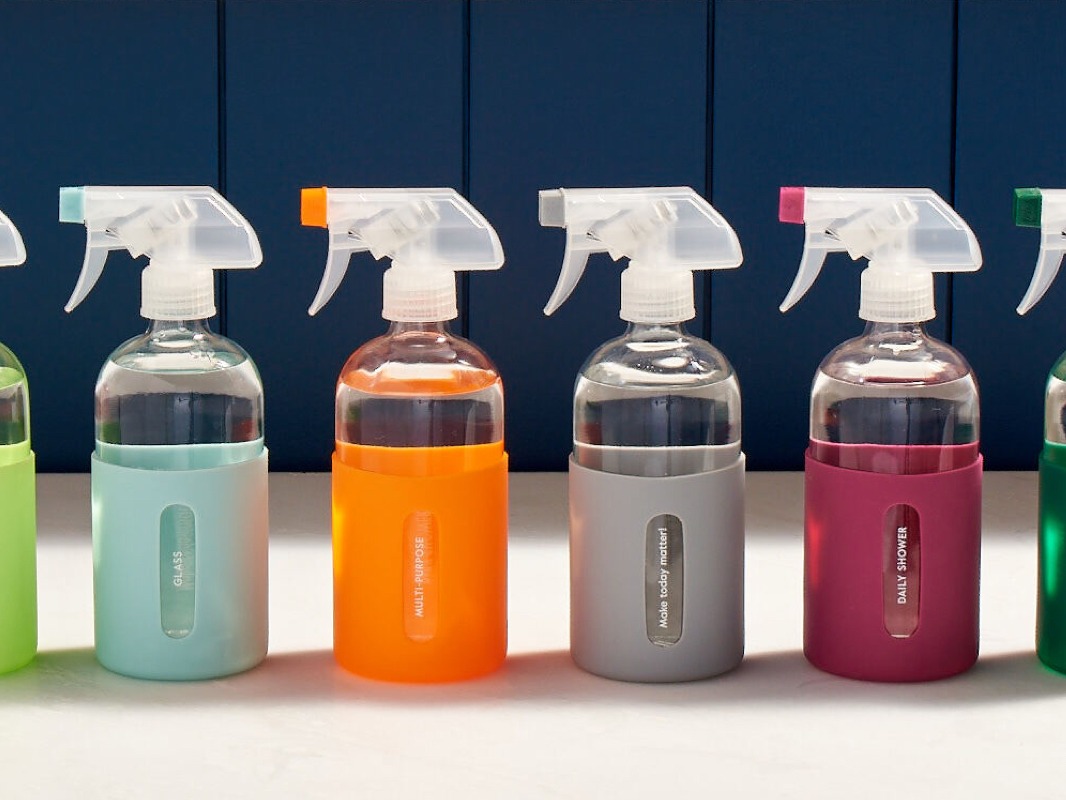 9 things you're actually cleaning too often.

You're cleaning these nine things too often. We talked with Lead Grove Guide Angela Bell to get the facts and find out more about what we can stop cleaning! 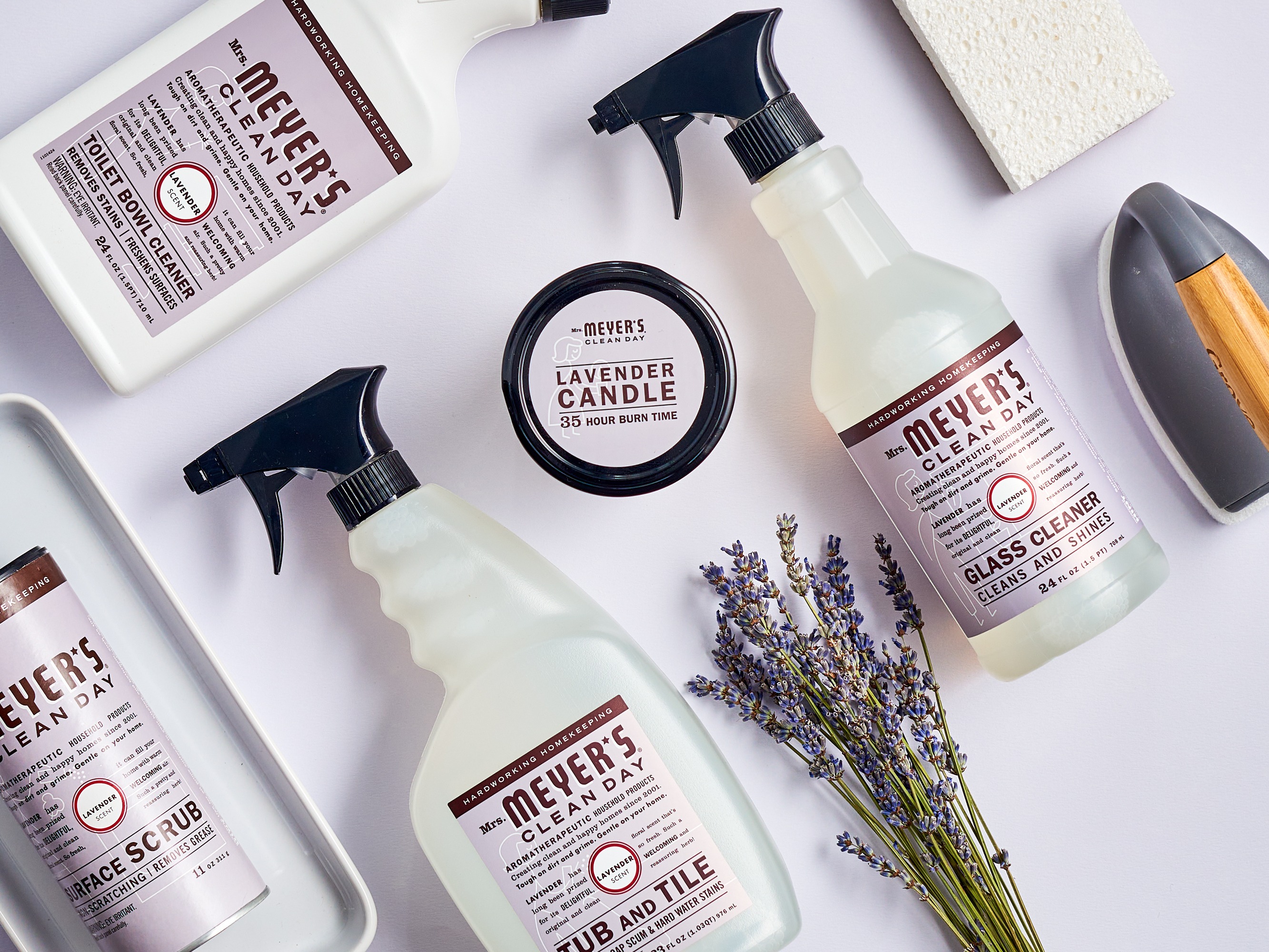 We've pulled the top 30 household cleaning products as determined by Grove members. Browse through and see if any are right for you.