Grove’s guide to natural condoms: How to pick sizes, materials, and more for the best sexual experiences.


Learn everything you need to know about condom sizes, types, usage, and options for a guaranteed sexy and safe encounter.

Like our cable or internet connections, condoms only seem to come up when they don’t work. According to the Mayo Clinic, "male condoms are generally safe and effective." But there are a few risks associated with condoms: latex allergies mainly and the small percentage of condom breakages during sex (which can lead to pregnancy and STIs). Cleveland Clinic also points out urinary tract infections and irritation (for both men and women) as smaller risks.


If they work as intended, though, they fade into the background and let you focus on the heat of the moment. But, even if they’re working correctly, it’s worth asking if you’re using the right materials (and size) for the best sexual experience.


Shopping for condoms can be overwhelming, considering the sheer number of brands, shapes, sizes, textures, materials, and, yes, flavors available — all promising an ecstatic romp in the sack. Unfortunately, it probably won’t be all that ecstatic if you choose the wrong condom, but fear not, because we’ve got you covered before you get covered. Here’s what you need to know to pick the best condoms to keep you safe, childless, and satisfied in bed.


At Grove, we take the guesswork out of which products are good for you and your home. Every product meets strict standards for being nontoxic, effective, sustainable, and cruelty-free. Once you find products you love, we ship to your home on a flexible, monthly schedule.


Looking for more cleaning how-tos and other sustainable swaps you can make at home? Grove has you covered with our buying and cleaning guides. And let us know how if you have any cleaning questions (or share your own tips using #grovehome) by following Grove Collaborative on Instagram, Facebook, Twitter, and Pinterest.

If you're ready to make the transition to natural cleaning products, shop Grove Collaborative's cleaning essentials or natural beauty products to start shopping healthier products for you and the environment.

Condoms are protective barriers that fit over a penis or other phallic-shaped object. When used properly, condoms lower the chance of pregnancy and dramatically reduce the risk for both parties of contracting a sexually transmitted disease or infection.


Condoms are considered a class II medical device, meaning they follow specific guidelines outlined by the Food and Drug Administration. 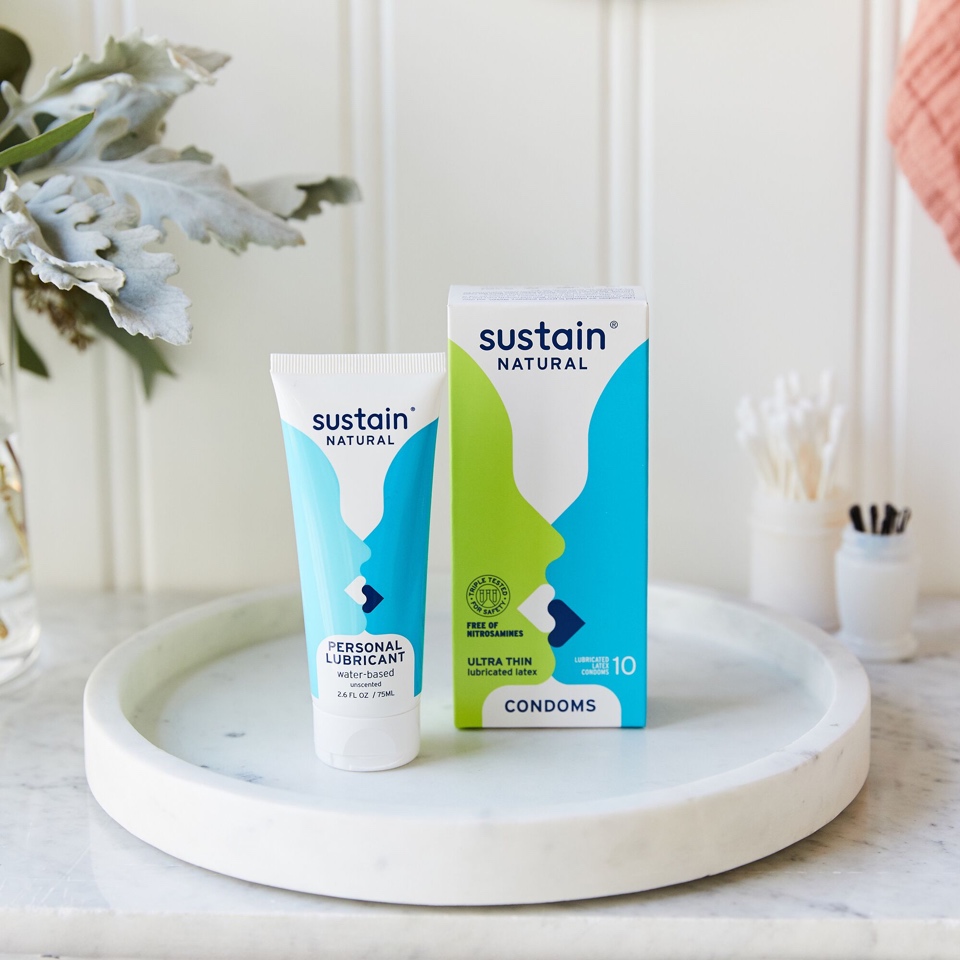 What are female condoms?

Female condoms, also called internal condoms, are protective barriers that fit on the inside of a vagina or anus. They look kind of like a plastic tube with rings on either end, with one ring fitting on the inside of the body and one covering the outside entryway.


Like male condoms, female condoms are considered class II medical devices that can protect against pregnancy and sexually transmitted diseases and infections. They are much larger than male condoms, and are made with similar latex and non-latex material options.

How do female condoms feel?

After working through the initial new-and-awkward phase, female condoms can feel amazing for both partners. Unlike male condoms, which require a phallus or erection nearby, internal condoms can be inserted and stay inserted hours before sex even starts.


When things start to get heated, the internal and external rings help stimulate the inside and outside sensations for each partner. For added pleasure, internal condoms come pre-lubed, and play nice with most water and silicone-based lubes.


Added pleasure, combined with added sexual protection, has led to many people to prefer internal condoms to their external counterparts.

What condom size should I buy?

If you’re like many folks with a penis, you might be a bit self-conscious when it comes to all things size-related. It’s nothing to be embarrassed about, though, because choosing the right size actually means you’re setting yourself up for a lower risk of condom errors and a more sensational experience.


If you’ve ever measured your penis (you know — just to know), it’s time to get out that tape measure again, because you’ll need to know the exact dimensions of your manhood before knowing which size to buy. When choosing a size, the right width is more important than the right length, since condoms are made to accommodate a range of lengths. Scroll down below to find tips for finding the right measurements. 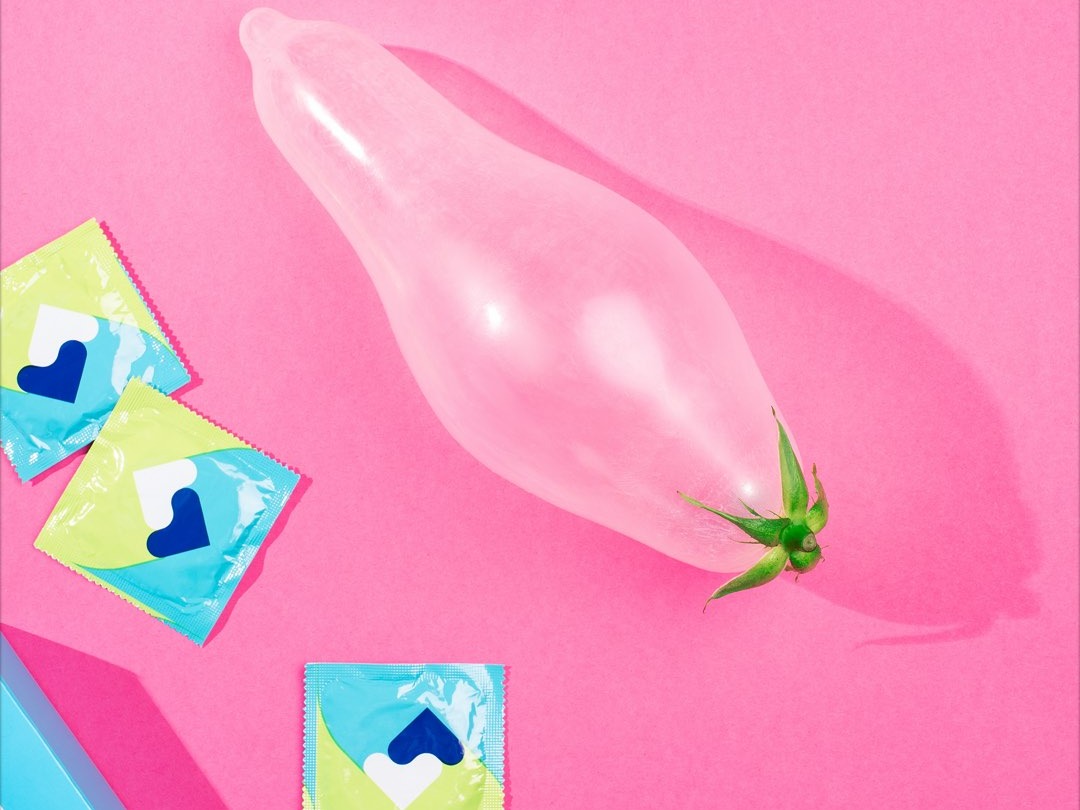 What size is a snug fit?

Here’s a breakdown of the sizing for snug fit condoms:

What size is a standard fit condom?

Here’s a breakdown of the sizing for standard fit condoms:

What size is a large fit condom?

Here’s a breakdown of the sizing for large fit condoms:


Width: greater than 2 inches Length: between 6.5 and 8 inches

How to measure a penis for the right condom fit

The only way to get the right sized condom is to know your measurements. A good fit means a good time, and while measuring your penis may be kind of weird (if you haven’t already been doing it your whole life,) it’s quick and easy to do!


Things you’ll need to get your measurements

How to measure a penis: step-by-step instructions

For accurate measurements, make sure your penis is erect.

Place your measuring tape against the pubic bone (where the penis meets the body) and extend it to the tip of the penis.

Using either a flexible measuring tape or a piece of string, wrap it around the thickest part of the penis shaft. That’s the girth measurement.

What’s the difference between condom types?

While knowing the size you need makes condom shopping a lot easier, there is still an overwhelming

Latex is the most common condom material and provides a strong, thin, effective barrier against mingling bodily fluids. However, latex does not transfer heat very well. Also, it goes without saying that anyone with a latex allergy should definitely pass on these condoms!

Polyurethane is a type of plastic, which makes it a great choice for anyone with a latex allergy. Polyurethane condoms are generally more expensive and looser-fitting than latex, but they offer better heat transfer and a thinner barrier.

Made from lamb intestines, lambskin condoms are thin, durable, great at heat transfer, and come in very large sizes. However, although lambskin condoms are made from natural materials, they are also expensive, and do not protect against STIs, making them a niche pick best for monogamous couples.

How do natural, organic, and vegan condoms work?


However, Cleveland Clinic does warn that natural condoms, specifically lambskin condoms, do not protect against STIs as effectively as non-natural condoms.

While marketing terms like “Fire & Ice” may sound silly, extra condom features can be a huge turn-on, given the right context.

Condoms with ridges, studs, ribs, or other added textures can be great if you want more friction during penatrative sex. When using textured condoms, be sure to use additional lube, as extra friction can quickly turn to extra irritation if things get too dry.

Fun condom fact: many condoms (and their lubes) taste terrible. If you want oral sex on a phallus without the risk of STDs, STIs, or a bad taste, a flavored condom is an easy fix! Many brands offer organic and vegan flavors that taste great.

How to use a condom properly

The last thing you want is for your condom to get in the way of your good time. As long as you follow these basic guidelines, you’ll be sure to avoid breaks, spills, slips, and the dreaded inside-out moment.

Condoms create a lot of friction during sex, especially if they’re dry. Too much friction can be unpleasant and can lead to the condom coming off or tearing during use. If your condom isn’t pre-lubed, add your own!

Once a condom has sperm in it, be careful! To avoid things like condom flips, slips, and leaks, wrap your thumb and index finger around the base of the condom to hold it in place as you pull the phallus out of any sexy spot.

Condoms are not reusable or recyclable, so after a job well done, they must be thrown out — but toss them in the trash can, because they’re also not flushable!

Can a condom be “eco-friendly?”

While condoms are one-use only and made of materials that take a long time to biodegrade, there are ways to ensure your condom is as eco-friendly as possible. Condoms made from sustainably sourced rubber and from companies practicing positive trade and labor practices can help soften the blow of their single-use status.

Can a condom be “all-natural”?

The main ingredient in latex and rubber condoms is all natural: both are derived from the rubber tree. But most condoms mix this natural ingredient with synthetic fillers. All-natural condoms may be more expensive, but they are pure in both condom and lube ingredients.

How can I put on a condom without ruining the moment?

By accepting that condoms are sexy, of course! Condoms are only as annoying as you make them. Changing the way you view condoms goes a long way toward making them more fun. Condoms aren’t a break in the action — they are part of the action.

Ready to give natural condoms a try? Pick up some of Sustain's natural condoms. Lubricated inside and out, these condoms are nitrosamine free - which are chemicals of concern found in most condoms, and we don't think they have any business being in a vagina. They're also made with Fair Trade latex. Plus, every single condom is triple tested electronically for safety and is FDA cleared.

Here at Grove Collaborative, we’re big believers in the power of natural products — both for ourselves and for the planet. But we know making the switch can be daunting, especially if you’re accustomed to conventional products and are new to the world of natural, eco-friendly alternatives. That’s why we’ve created Beginner’s Guides to Natural. Each week, we’ll give you a primer on the ins and outs of transitioning to a natural version of a common household item, plus a few of our favorite brands for making the switch. Let’s get to swapping! 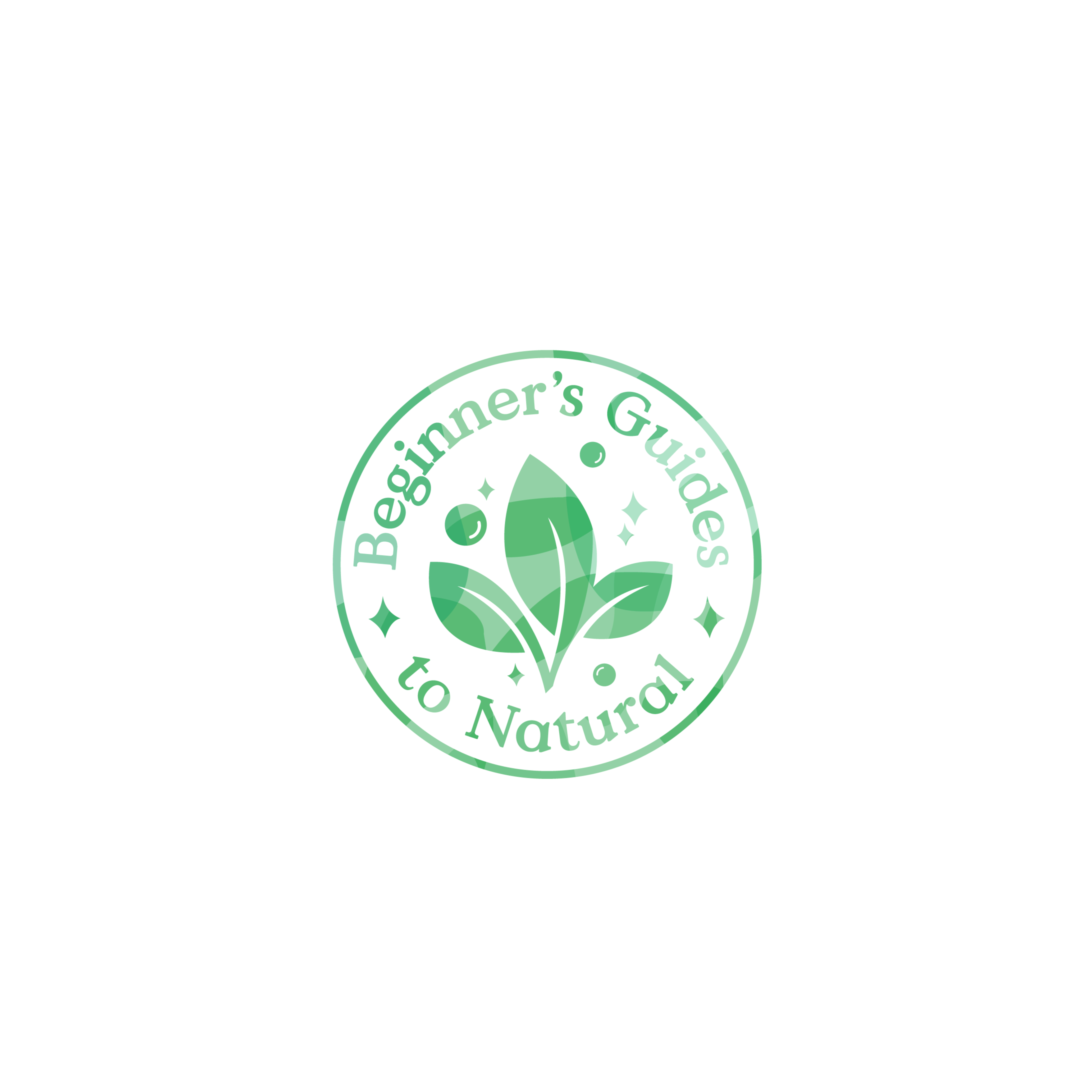 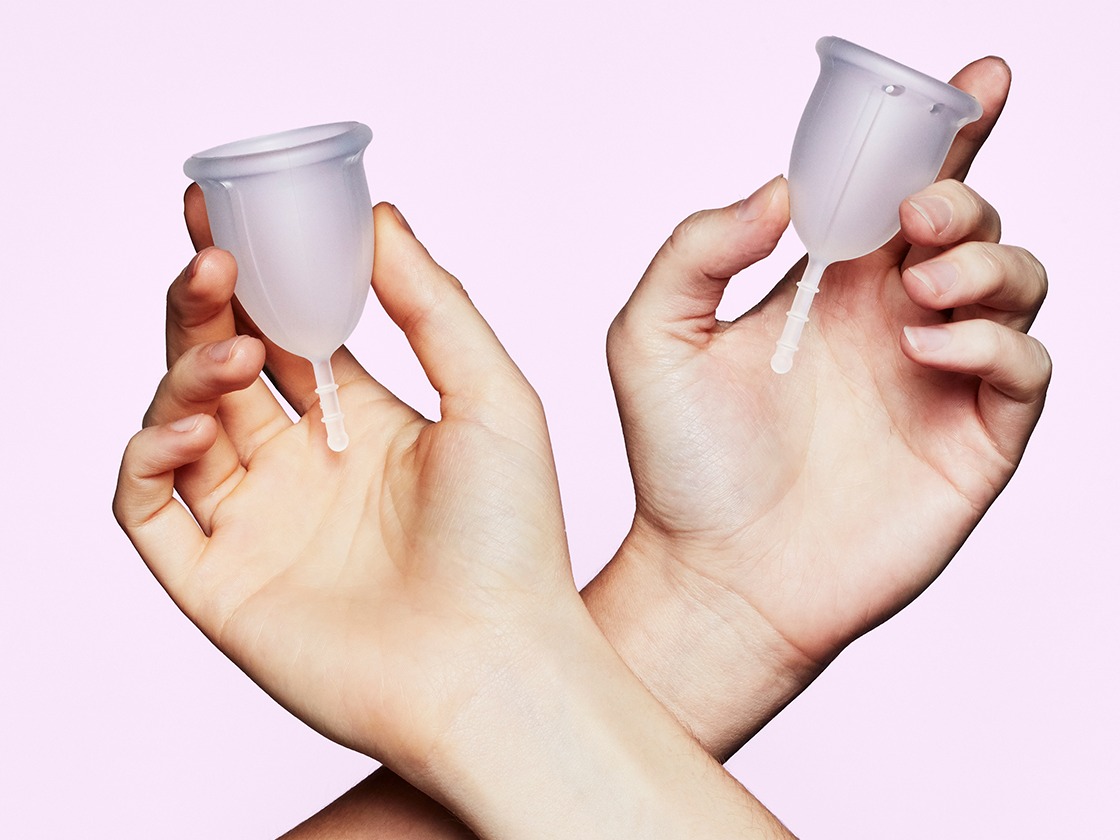 These environmentally friendly and cost-effective feminine care items might just be your next sustainable swap. 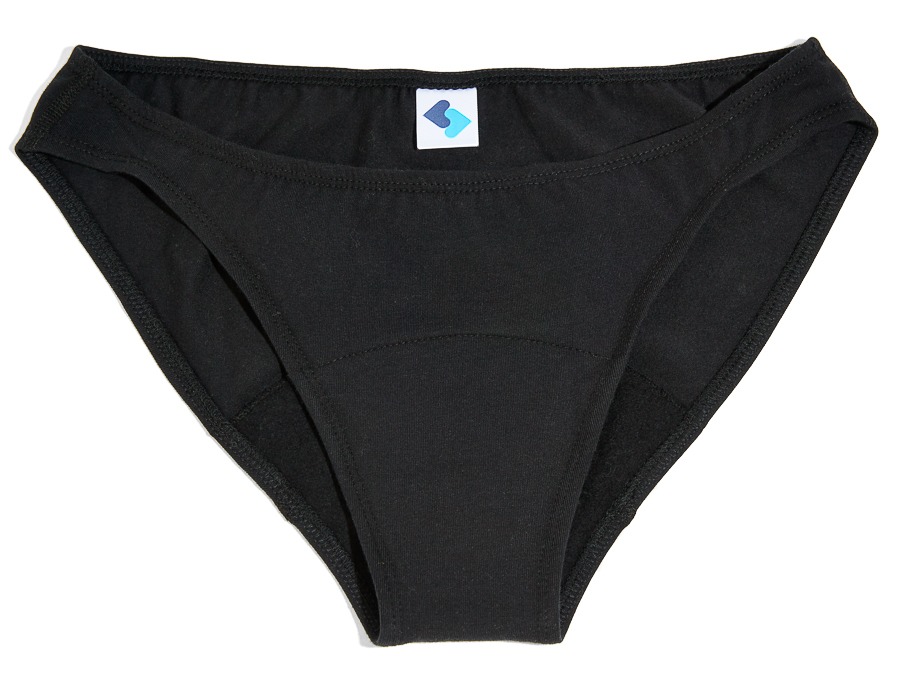 Follow our guide to comfortable and leak-proof protection that’s both ecologically sustainable and economically smart. 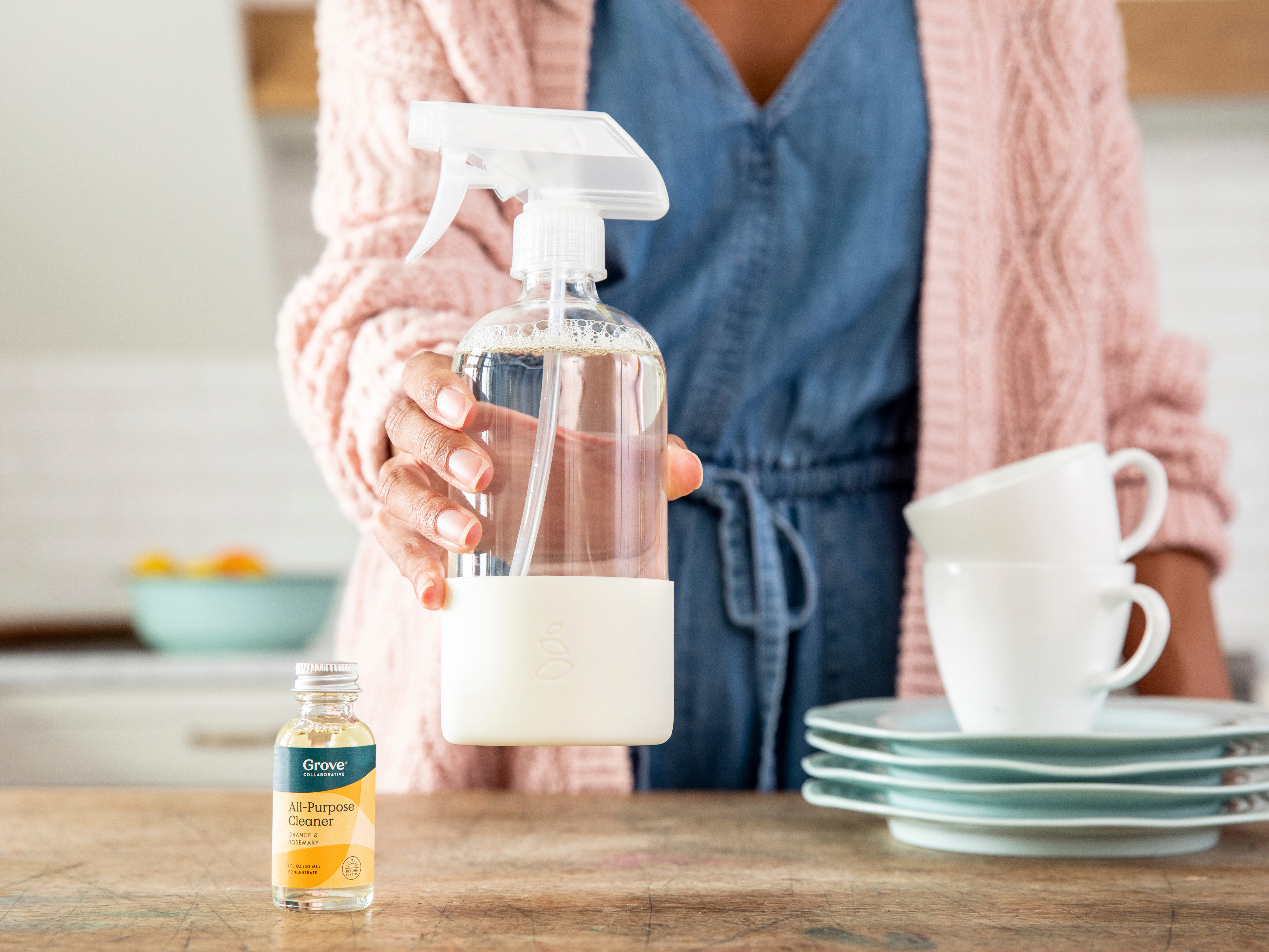 Find out how to go plastic-free at home with these tested tips.

Going plastic-free may seem hard — plastic is everywhere. Don't fret: we at Grove put together this quick guide on how to start and how to level up too. 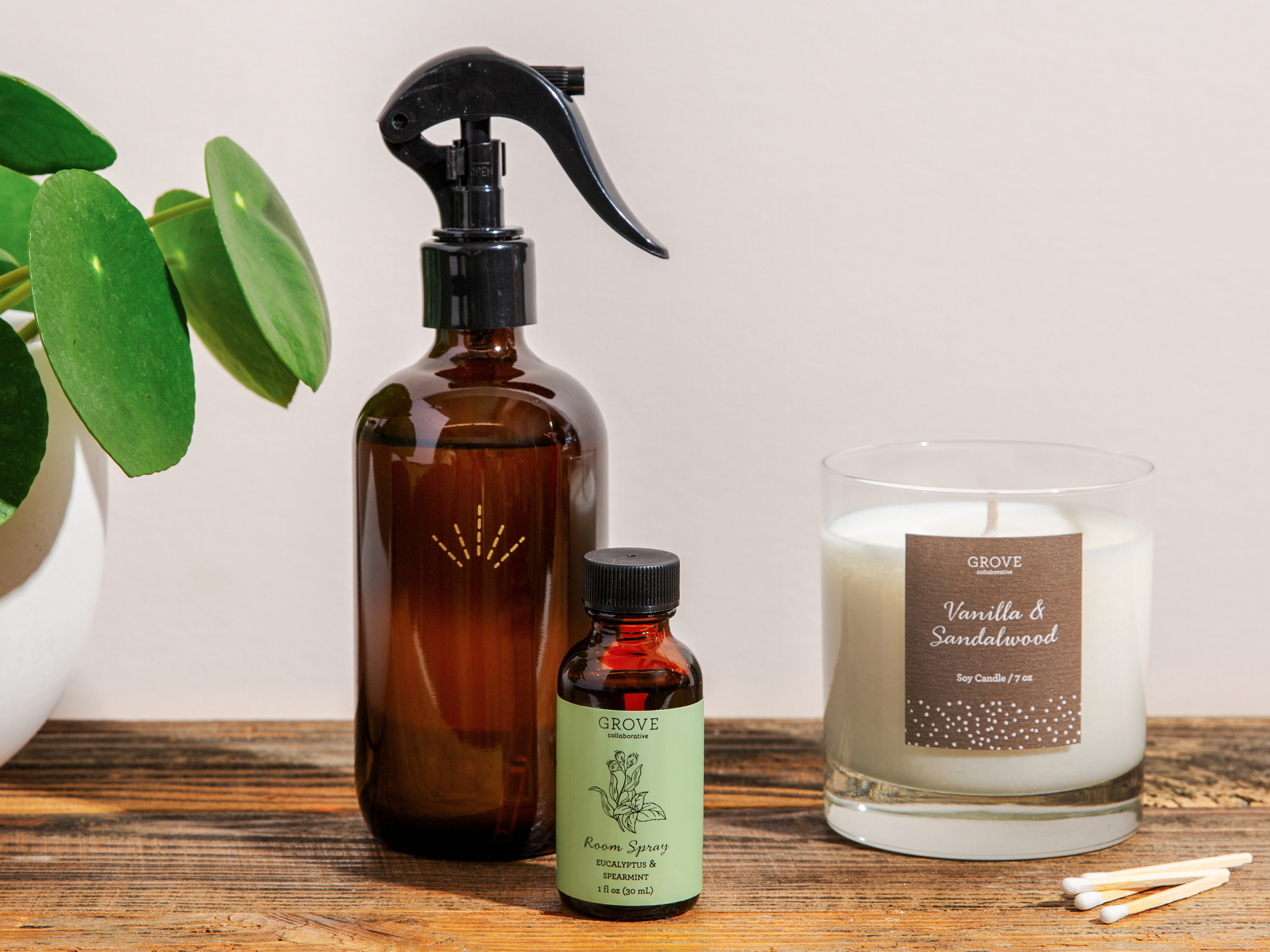 The 6 best natural home fragrances & why they're better for you.